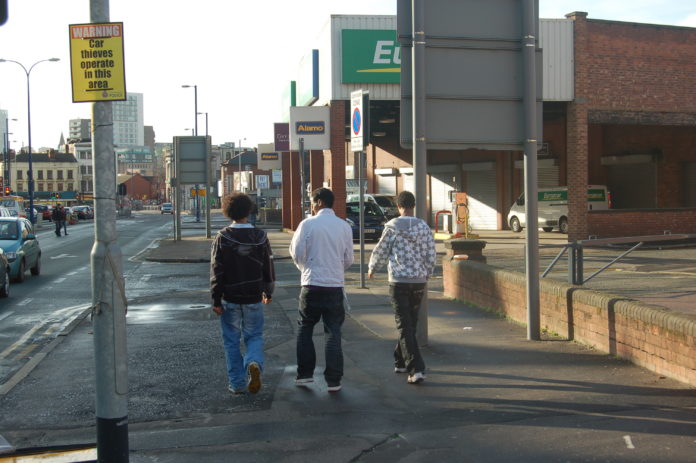 A new research tool developed by Greater Manchester Poverty Action (GMPA) has highlighted the huge disparities in living standards across the city region.

It finds that people living in relatively affluent boroughs like Trafford and Stockport are more likely to do well at school, earn more at work and live longer than their counterparts in Oldham, Salford and Tameside.

GMPA’s Mini Poverty Monitor details some of the most commonly used stats to understand poverty and living standards across each of Greater Manchester’s ten boroughs. The aim is to support policy makers and organisations tackling poverty to better understand the nature of poverty across the city region.

Drawing on a range of existing datasets the monitor shows that child poverty is highest in Manchester at 45% and lowest in Trafford at 19% while workers living in Oldham are paid on average £5 less per hour than workers in Trafford.

People working in Rochdale are nearly three times more likely to be in jobs paying at or below the National Minimum Wage/National Living Wage than people working in Salford.

The data also masks some of the huge inequalities within boroughs, including those local authority areas that are often perceived as more affluent. For example:

Over four in ten children in Brinnington and Central ward in Stockport are in poverty, compared to just 14.3% in Bramhall South ward in the same borough.

In Trafford, the ward with the highest rate of child poverty is Clifford ward where nearly half (48.2%) of children are in poverty.

This contrasts with Timperley ward which has the lowest child poverty rate in the borough (15.2%).
Graham Whitham, Director of GMPA said, “The poverty monitor highlights some of the stark differences in the experiences of people living in different parts of Greater Manchester. It is wrong that your life chances should be determined by where you happen to be born and live.”

GMPA is calling on each of the ten local authorities and the Greater Manchester Combined Authority to develop robust anti-poverty strategies and appoint a lead for tackling poverty. This would ensure that poverty doesn’t ‘fall between the cracks’ of different local authority agendas, that effective local efforts to tackle poverty are scaled up and replicated more quickly and help create a unified voice against poverty across Greater Manchester.

Graham continued, “There are some exciting initiatives in different parts of Greater Manchester seeking to address poverty and give everyone a fair chance in life. A number of boroughs, including Salford and Manchester have anti-poverty strategies in place. We want to see these scaled up and replicated across the city region so that there is a united front against poverty across the whole of Greater Manchester”.