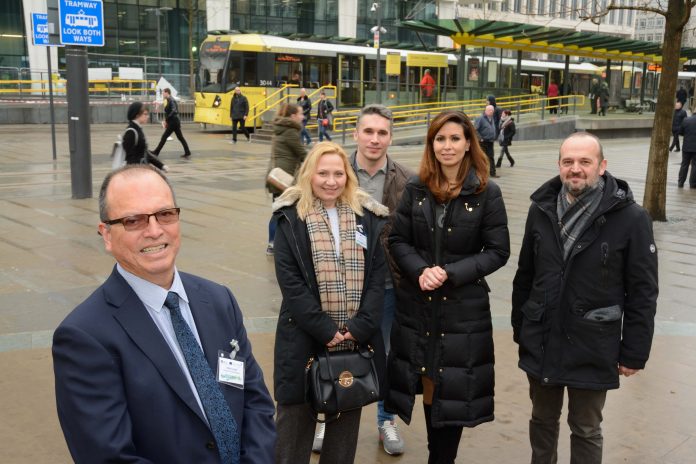 The fact sheet would highlight how new arrivals can get around the area on public transport, or by cycling and walking.

The welcome pack has been trialled in the Portugal city of Alamada, with the aim of reducing congestion on the roads by giving information on the travel options available to people other than using the car. The local council has reported a positive response to the initiative.

TfGM heard about the innovative idea at a meeting of the RESOLVE project* in Manchester. The EU-wide group aims to share best practice across countries and address two of the key issues facing European cities – the need to boost trade for high street retailers while tackling harmful transport emissions.

Another proposal being considered includes a bicycle courier service, providing same-day delivery directly from shops, which has been successful in several Dutch cities.

TfGM Committee Chair, Councillor Andrew Fender, said: “The RESOLVE partnership is a wonderful way of sharing innovative ideas which could benefit everyone who loves shopping, eating and drinking in our town and city centres.

“We were inspired by many of our partners’ ideas and know there was great interest in some of our projects too, especially the Leigh Guided Busway.”

TfGM’s Development and Innovation team will now look in detail at the proposals before deciding whether the ideas can be progressed to the next stage.

The RESOLVE partnership was established to try and reduce the 64% of all shopping journeys in the EU made by car. Also, almost 100% of deliveries are made by road.

Around 40 delegates from Italy, Poland, Sweden and the Netherlands attended a conference in January this year at Manchester Town Hall.