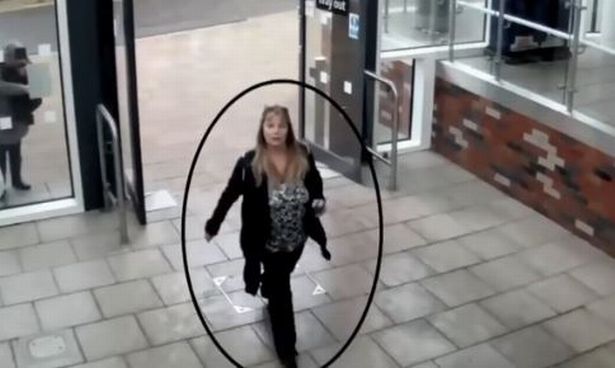 It has been four weeks since mum-of-two Marie Scott went missing from her home in Hale.

Officers investigating her disappearance have discovered further CCTV footage of her last known location in Bury.

She then boarded a 12.30pm tram at Altrincham metrolink station to Deansgate in the city centre where she got off about 12.45pm.

From there she has made her way along Deansgate to outside Blacks where she spoke to a couple at about 1.07pm, before walking around the Castlefield area.

Detectives trying to find her have now uncovered further CCTV footage which shows Marie boarding a tram at Deansgate at 2.18pm to Victoria where she has then got a black cab to Bury.

The taxi dropped Marie off in the area of The Rock shopping centre where she than walks along Rochdale Road towards Openshaw Park.

The last sighting of her is outside It’s a Baby on Rochdale Road at the junction with Heywood Street at 3.15pm, Monday 18th December 2017.

“We traced the taxi driver and he has been helping us with our enquiries. We know she initially wanted to go to Heaton Park but then changed her mind.

“Our priority is finding Marie and most importantly making sure she is safe.

“We are here for her and she has a beautiful family waiting for her who are desperate to find out where she is.
“I’d implore everyone to look at the footage of Marie and if you were in the area that day, or recognise her, then please contact us immediately.”