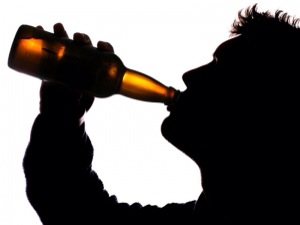 Alcohol abuse is costing every person in Greater Manchester £436 each year according to a new report for the region’s combined authority.

The report for the Greater Manchester Combined Authority puts the total annual cost of dealing with the effects of excessive drinking at £1.2bn.

It says a region-wide alcohol strategy is needed to address the problems. It would involve a commitment from all ten councils, as well as the police and health services, to work together to tackle the causes and effects of alcohol abuse.

The report comes with a number of recommendations including ensuring licensing powers are more effective and used consistently and putting the right services in place to protect victims of domestic abuse.

It also recommends supporting public health activity to reduce the levels of drinking across the whole local population with a focus on education.

The proposed strategy will be put before local council leaders at the next meeting of the Association of Greater Manchester Authorities on Friday 29 August.

If it is approved, it would be the first time in the UK such a large number of public bodies have united to launch an alcohol strategy.

“The impact of alcohol abuse is everybody’s business. It impacts on the health and wellbeing of our residents, the safety of our communities and the future success of our town centres and their night-time economies. It’s essential we team up, roll up our sleeves to tackle this scourge on society together.

“It’s obviously not a problem just for Greater Manchester but the facts speak for themselves. Thirty eight per cent of violent incidents that result in an injury involve alcohol and one in three domestic incidents is alcohol related. Typically, people battling with alcohol die earlier, go to hospital more often and struggle to hold down regular work.

“Binge drinking also has a massive effect on our town centres, putting pressure on businesses and impacting on the safety of our residents. We must join forces to tackle this now.”

Assistant Chief Constable Garry Shewan of Greater Manchester Police said: “Alcohol-related crime and disorder is a consistent challenge for the police and our partners in Greater Manchester. Our selection as one of the 20 Local Alcohol Action Areas helps us to highlight the challenges and difficulties we face, which enables us to design new solutions to an old but persistent problem.

“Greater Manchester has many areas which have a thriving nightlife but unfortunately long opening hours of pubs and clubs and the easy availability and cheap cost of buying alcohol from supermarkets has meant more people are getting excessively drunk and causing a nuisance and harm to themselves and others. This results in an increase in demands on the police, health services and local councils who are faced with managing both the risks to individuals and the damage that is caused to lives and our streets.

“I am confident that once a strategy is agreed it will ensure that measures are put in place which will have a long lasting impact on alcohol abuse in Greater Manchester and the problems caused by it.”

Jim Battle, deputy police commissioner for Greater Manchester added: “Pulling together and implementing a comprehensive alcohol strategy across Greater Manchester presents a unique opportunity to direct our collective efforts to address the harm caused by alcohol, making best use of good practice that is taking place locally and the resources we have available. The strategy has been designed to do just that and will ensure that communities and partners work together in a coordinated, complementary way.”

Rochdale children are Being Robbed of their Future by Tory School Cuts According to...