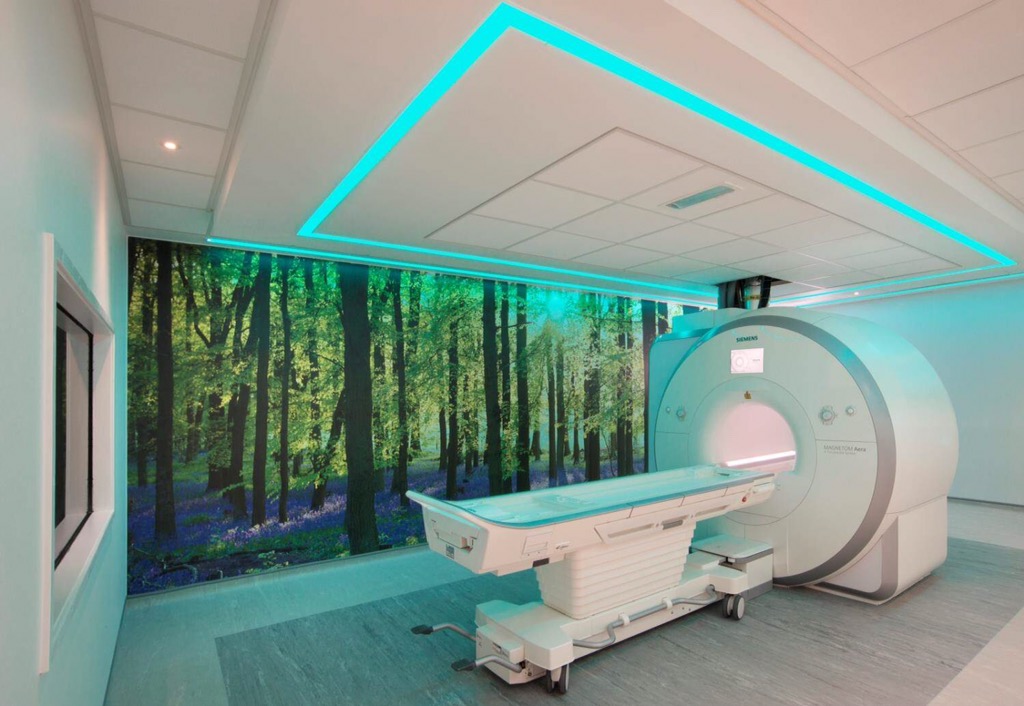 The granddaughter of key fundraiser and former patient Pat Seed has visited The Christie to open its new £6.8m MRI suite and said she was delighted to see her late grandmother’s legacy living on.

The 3T scanner offers ultra-high resolution and its powerful magnification can capture exceptional amounts of detail. All three scanners are more spacious, allowing patients who suffer from claustrophobia to be scanned and they have upgradeable software, meaning they won’t need to be replaced for a decade.

Chief Executive of The Christie, Roger Spencer said the opening of the state-of-the-art MRI suite was the culmination of years of hard work and he thanked the donors who had made the vision become a reality.

It is expected that around 7,700 NHS scans will be completed in the department by the end of 2017 with that figure rising to 10,000 within a couple of years.

Dr Prakash Manoharan, The Christie’s consultant radiologist and nuclear medicine physician, said the new scanners would greatly enhance the scanning of cancer patients and give doctors a better insight into disease processes.. He said: “Many thousands of people are going to benefit from this facility immediately.

Emma Seed, a medical photographer from Leeds, cut the ribbon at the official opening ceremony of the suite. She said: “The department looks fantastic. I never knew my grandmother – I was born after she died – but it’s brilliant to see her legacy living on at The Christie.”

The new unit has been designed around the four seasons, with each one of the four scanner rooms signifying a different time of the year. Each room is equipped with a full-spectrum colour-changing LED lighting system which patients can control and which the designers believe helps to lower anxiety levels. As well the scanning rooms, the building also has counselling facilities, an interview room and a number of clinical and administrative areas.

The Pat Seed Appeal Fund was set up in 1977 by Pat, a Lancashire journalist who founded the appeal after being diagnosed with cancer and given six months to live.

The target was to raise £500,000 to buy a CT scanner – technology that examines all parts of the body to detect where a tumour is and how large it is – for The Christie but this figure had to be raised to £1.75m when she was told the hospital would have to create a purpose-built department to house it. After just three years the target was met and the scanner installed.

Pat lived until 1984 when the fund stood at just over £3m. After she died, her supporters agreed to keep the fund running and to date it has raised around £10 million. The fund merged with The Christie charity in 2010 and remaining funds have contributed to the 3T scanner appeal.