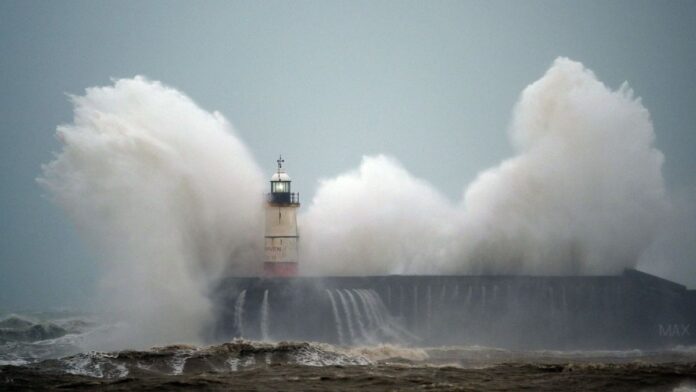 A new report by Christian Aid, Counting the cost 2020: a year of climate breakdown identifies 15 of the most destructive climate disasters of the year.

Ten of those events cost $1.5 billion or more, with nine of them causing damage worth at least $5 billion. Most of these estimates are based only on insured losses, meaning the true financial costs are likely to be higher.

Among them is Storm Ciara which struck the UK, Ireland and other European countries in February costing $2.7 billion and killing 14. The UK’s Environment Agency issued 251 flood warnings.

While the report focuses on financial costs, which are usually higher in richer countries because they have more valuable property, some extreme weather events in 2020 were devastating in poorer countries, even though the price tag was lower. South Sudan, for example, experienced one of its worst floods on record, which killed 138 people and destroyed the year’s crops.

Some of the disasters hit fast, like Cyclone Amphan, which struck the Bay of Bengal in May and caused losses valued at $13 billion in just a few days. Other events unfolded over months, like floods in China and India, which had an estimated cost of $32 billion and $10 billion respectively.

Six of the ten most costly events took place in Asia, five of them associated with an unusually rainy monsoon. And in Africa, huge locust swarms ravaged crops and vegetation across several countries, causing damages estimated at $8.5 billion. The outbreak has been linked to wet conditions brought about by unusual rains fuelled by climate change.

But the impact of extreme weather was felt all over the world. In Europe, two extra-tropical cyclones, Ciara and Alex, had a combined cost of almost $6 billion. And the US suffered from both a record-breaking hurricane season and a record-breaking fire season adding up to more than $60 billion in damages.

Some less populated places also suffered the consequences of a warming world. In Siberia, a heat wave during the first half of the year set a record in the city of Verkhoyansk, with temperatures reaching 38°C. A few months later, on the other side of the world, heat and drought drove the fires in Bolivia, Argentina, Paraguay and Brazil. While there were no human casualties reported from these events, the destruction of these areas has a great impact on biodiversity and the planet’s capacity to respond to a warmer world.

While climate change may have influenced all these events, many of the countries that bear little responsibility for global warming were affected. This includes Nicaragua, which was hit by hurricane Iota, the strongest storm of the Atlantic hurricane season, and the Philippines, where typhoons Goni and Vamco made landfall almost back-to-back.

These extreme events highlight the need for urgent climate action. The Paris Agreement, which set the goal of keeping temperature rise “well below” 2°C, and ideally 1.5°C, compared to pre-industrial levels, has just turned five years old. It is critical that countries commit to bold new targets ahead of the next climate conference, which will take place in Glasgow, in November 2021.

“The Covid-19 pandemic has understandably been a major worry this year. For millions of people in vulnerable parts of the world, climate breakdown has compounded this. The good news is that, like the vaccine for Covid-19, we do know how to fix the climate crisis. We need to keep fossil fuels in the ground, boost clean energy investment and help those who are suffering on the front line.

“Whether it be floods in Asia, locusts in Africa or storms in Europe and the Americas, climate change has continued to rage in 2020. It is vital that 2021 ushers in a new era of activity to turn this tide. With President-elect Biden in the White House, social movements across the world calling for urgent action, post-Covid green recovery investment and a crucial UN climate summit hosted by the UK, there is a major opportunity for countries to put us on a path to a safe future.”