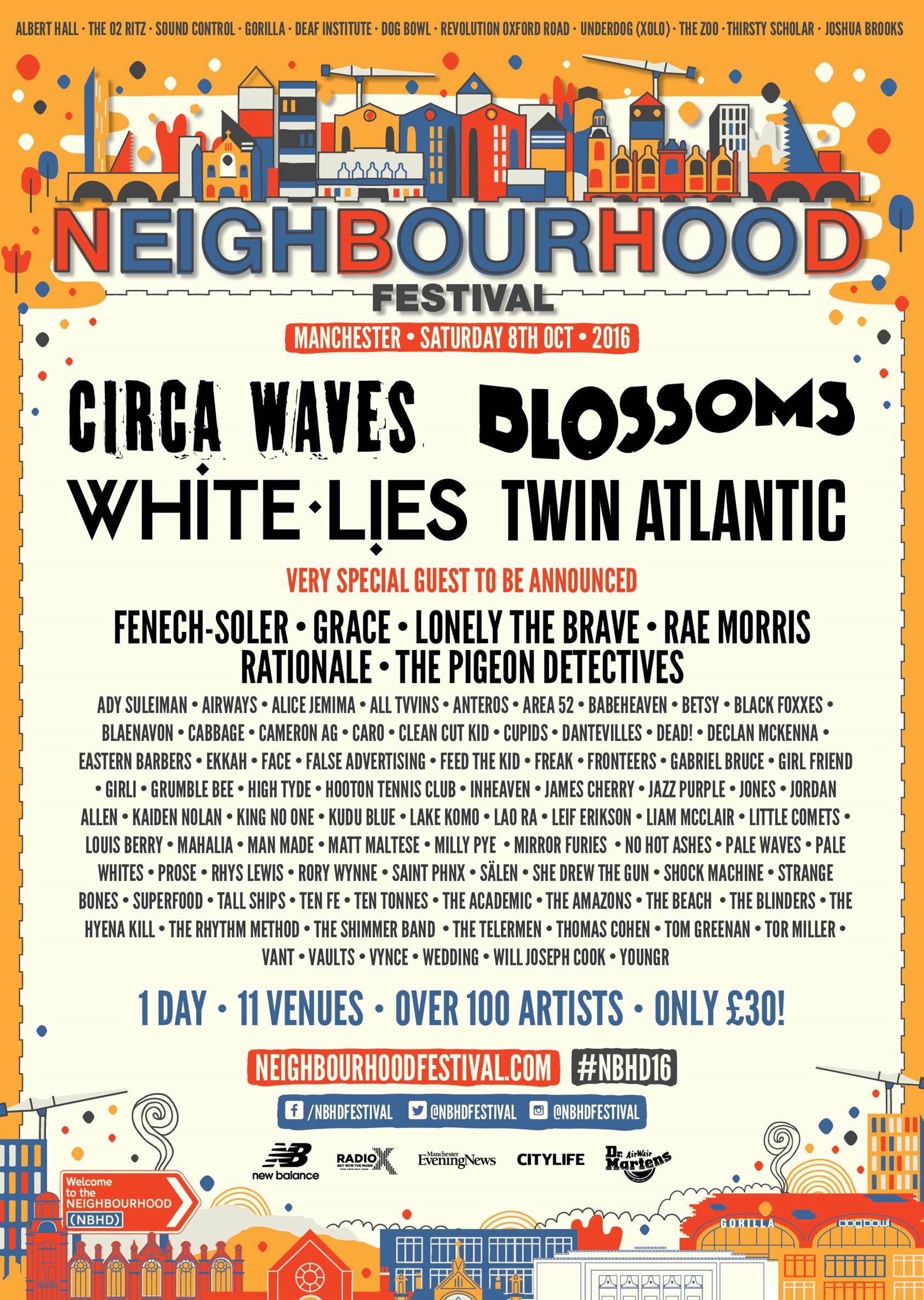 This will be the last chance to see Blossoms in Manchester this year if fans have missed out on tickets for their other sold out shows in the city. White Lies appearance coincides with the release of their new album ‘Friends’ on October 7th and precedes their sold out Albert Hall show this November.

Amongst the final wave of artists joining the line-up for the inaugural event are The Pigeon Detectives and Fenech Soler who make their live return at the festival.

More of the country’s freshest names such as The Telerman, Vaults, Youngr, Shock Machine, Jones and Ten Tonnes have been confirmed to join a huge selection of the most hotly tipped artists from across globe.

Over 100 artists and bands from all around the world will be performing across Manchester’s best and most iconic music venues the south side of the city. This all day event will also see Circa Waves and Twin Atlantic taking the helm as evening headliners.

Furthermore Neighbourhood Festival is proud to be teaming up with official partners New Balance and Dr. Martens, who will be hosting a special instore gig at the festival. Watch out for more details on the line-up.

The Knights of Warwick Castle come to MediaCity

Dozens of monsters to descend on Manchester to mark annual Halloween in the City...