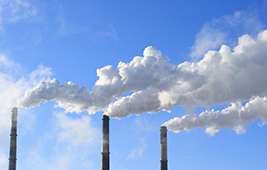 1 in 6 people living with lung conditions in the UK noticed their symptoms have improved as a result of the fall in air pollution levels since lockdown, according to Britain’s leading respiratory charity, the British Lung Foundation.

Air pollution can be particularly dangerous for the 12 million people in the UK living with diagnosed lung conditions such as asthma, chronic obstructive pulmonary disease and idiopathic pulmonary fibrosis, as it can make their symptoms flare up and lead to hospitalisation. With an estimated 1.94 million people with lung conditions now noticing an improvement to their symptoms, the British Lung Foundation and The Taskforce for Lung Health are calling for a long-term commitment to reducing air pollution in the UK, through the adoption of World Health Organisation (WHO) legal limits, on behalf of those who are most at risk.

The drop-in air pollution levels has resulted from decreases in road transport and industry, with around a 40% decrease in NO2 levels.

Air pollution can make it harder for people with a lung condition to breathe and make their condition worse. Tens of thousands of deaths every year are linked to air pollution, and it is linked to a wide range of health problems, including lung disease, heart disease, stroke, and cancer. It has a disproportionate impact on certain groups, including babies in the womb, children, people with existing lung or heart conditions and older people.

Notably, 1 in 5 (19.7%) parents of a child with a lung condition said they noticed an improvement to their child’s symptoms, with 83% of parents of children with lung conditions stating they think air pollution should be a priority for the government.

An emerging body of research from academics across the world has also suggested a possible relationship between higher levels of air pollution and increased risk of dying from COVID- 19.

Zak Bond, Policy and Public Affairs Officer at the British Lung Foundation, said, “Air pollution can increase your likelihood of getting a lung condition and cause lasting damage to children’s growing lungs.

“Now, more than ever before, we have all become aware of how important it is to look after our lungs, and the government has a duty to ensure that as the country recovers from covid-19,  we can continue to keep air pollution levels down, and keep pushing them lower, with the rapid introduction of Clean Air Zones, support for public and active transport, and tougher air quality laws. We want to see the government commit to reaching the WHO’s guidelines for fine particulate matter by 2030 at the latest.

“For those most vulnerable to the effects of air pollution, such as people with existing respiratory conditions, or those recovering from covid-19, clean air is crucial for living well now, and in the future.”