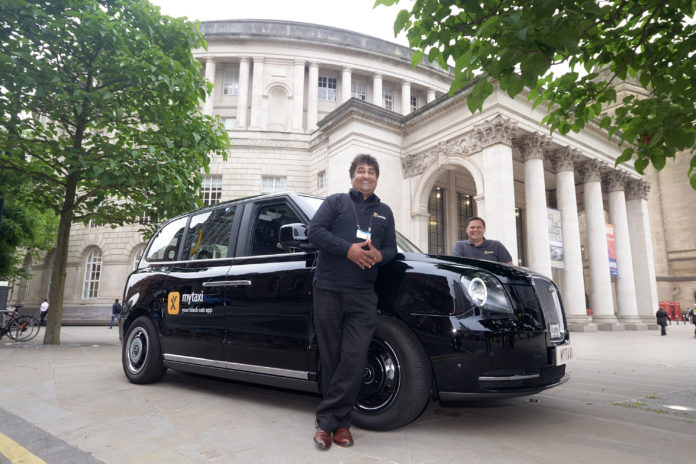 Europe’s largest e-hailing taxi app, celebrates reaching new records in Manchester since launching in the city one year ago. Since arriving in 2018, drivers registered with the app have driven over 325,000 km – the equivalent of driving the length of Deansgate 203,125 times.

When it comes to most popular pick-up locations around the city, Sir Alex Ferguson Way is a hotspot, with drivers picking up match goers after the football. Portland Street is also a popular destination for drivers to pick up passengers to take them home after a long day in the city centre. The busiest time for drivers in the city is between 18.00 and 19.00 on a Saturday evening.

mytaxi provides the city with skilled and knowledgeable drivers providing a safe, reliable and convenient travel for its residents at the touch of a screen. The company now has a central role in Manchester’s integrated transport system.

The taxi app announced in February that it will be rebranding to FREE NOW, after the company’s majority shareholder, Daimler, joined forces with BMW to create a new mobility brand family. The collaboration aims to transform urban mobility and reduce the need for private car ownership in inner cities.

David Savage, General Manager at mytaxi comments: “We’re really happy with the results we have seen in Manchester since launching in the city last year. Whether it’s a trip to the Old Trafford or to visit the shops, the app is clearly proving to be popular! mytaxi provides both a safe and reliable way for passengers to get around, with the average wait time for customers being just 5 minutes. We hope to see the same level of success in all of the cities we are in after a year!”

Bob A, a taxi driver from Manchester commented: “Loads of my driver friends use the mytaxi app now, you definitely get more jobs. Passengers also seem to be as happy with it too and are using it a lot, it is great to see it doing well in Manchester.”

Band on the Wall secures £1.65 million funding for expansion plan