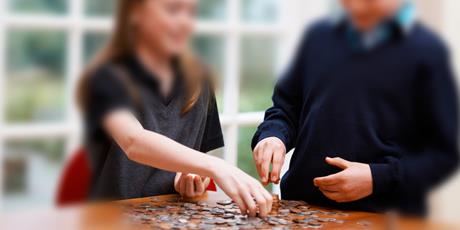 A commitee of MP’s is calling on the Government to take the 82% of households currently affected by the benefit cap that simply cannot escape it, out of its scope.

The Parliamentary Work and Pension’s Committee in a report out today says that the cap must apply only to those that the Department of Work and Pension’s has assessed as capable and expected to look for work, after evidence shows only 18% of those currently hit by it fall into that category.

It also finds that the cap will cut more deeply under Universal Credit, where it can eat into all of a household’s income (not just housing costs as in the existing system), including into money meant for children or people currently too ill to look for work.

When the cap was first introduced, in 2013, the Government claimed three aims for it: increasing incentives to work; introducing greater fairness between those on out-of-work benefits and taxpayers in employment; making financial savings and incentivising behaviours that reduce long-term dependency on benefits.

The cap was reduced in 2016 on the basis of “even greater fairness” and to “further improve work incentives for those on benefits”, to “build on the successes of the existing benefit cap, as shown by evaluation evidence”.

In fact, though there has apparently been a positive employment effect, it is marginal: for every 100 households affected by the cap, around 5 will have moved into work because of it. The report describes DWP repeatedly “over-claiming” the employment benefit of the cap, with the UK’s Statistics Authority questioning the Department’s use of numbers and the Committee warning it against repeating some of its claims.

Conversely, the evidence to the inquiry shows that the cap disproportionately impacts households that DWP itself has already assessed as facing barriers to work – mainly childcare and health problems – that exempt them from the requirement even to look for it. DWP’s latest stats show that in November 2018, just 18% of claimants who had their benefit capped were claiming Job Seeker’s Allowance, the benefit for which claimants are expected to be actively seeking work. Put another way: 82% of capped households have no work or even job search conditions attached to their benefits.

The Committee notes “Few of these claimants will be comforted by the Minister’s  flippant suggestions (in evidence to the Committee) that they simply move house, renegotiate their rent or even take in a lodger.  In reality, they are left with no way to escape the cap …. A policy aimed at people who could work but were choosing not to is now being applied to single mothers with newborn babies and people with serious health conditions.”

‘It would be difficult to think of a more cruel cut. Benefits are being cut with the aim of driving people into work, but four in five people bearing this cut aren’t expected to work. What genius in government thought this one up?’