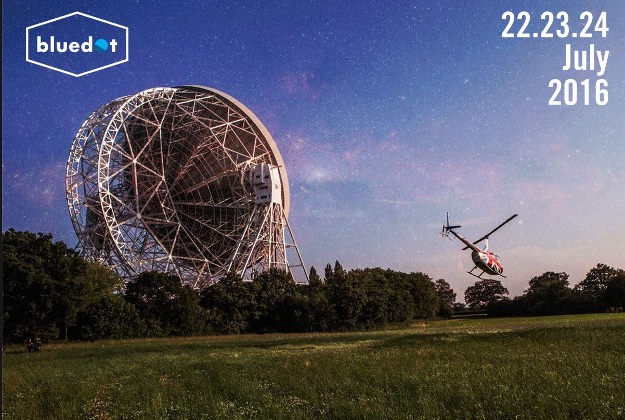 Taking place 22-24 July at Jodrell Bank, the Cheshire observatory at the cutting edge of humanity’s quest for knowledge, bluedot has revealed a host of new live acts, DJs and cultural happenings.

Heading the latest additions is green-baize legend and six-time World Snooker Champion Steve Davis AKA DJ Thundermuscle. It’s no secret that Steve has reinvented himself as a techno god but his set is no joke and has been well-received by the electronic cognoscenti. Just don’t ask him to play the theme tune from Pot Black…

Also joining the line-up is folktronic singer/songwriter Beth Orton. Receiving plaudits for her new album Kidsticks, her sound is returning to more of a beat format overseen by Fuck Buttons’ producer Andrew Hung.

Post punk icons The Membranes also feature with a festival first – a performance of their acclaimed Dark Matter/Dark Energy album complete with a 25 piece all female choir. The rockers will also be debuting tracks from their forthcoming album of collaborative remixes including Manic Street Preachers, Killing Joke and Reverend and the Makers.

The festival has also revealed a brand new stage – Roots – that will be located in the bucolic setting of Jodrell Bank’s establish arboretum. A diverse line-up of folk, world and acoustica has been assembled including Mi Mye, award-winning folk artist Blair Dunlop, glitchy instrumentalism from Cambio Sun, Sam Brookes, Steve Parker, Musaic, The Lion & The Wolf and haunting folk from Alter Hanglands.

Stephen Morris from New Order, one of the first bands to ever play live at Jodrell Bank, will also be in conversation. BAFTA-winning director Kieran Evans will be talking with Erol Alkan and Richard Norris from Beyond The Wizard’s Sleeve about And So The Sleep, the collection of short films they have made to accompany their album The Soft Bounce, before an exclusive screening of the films.