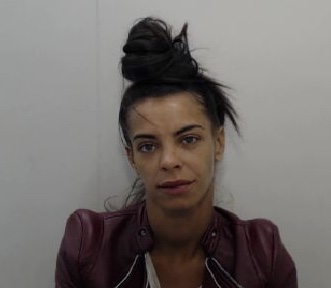 Six people have been jailed after they attacked a house in Cheetham Hill last June.

A group of men arrived at the property and began smashing windows and using items found at the scene including a crutch and a chair to attack the house and its occupants.

It followed an altercation took between Tammy Murray aged 29,and the occupants of a house, a sixteen year old boy.

Murray was aggressive, angry and agitated towards the occupants and was seen shouting and gesturing towards people inside the house.
She made a phone call from the property before leaving in a grey Audi.

Approximately ten minutes after the call was made, the attackers arrived.

Other vehicles arrived at the scene, with more attackers joining in. The incident lasted a further several minutes before the gang made off.

Detective Constable Jamie Heaton, from City of Manchester North division, said: “This concludes an investigation which has seen the defendants being jointly charged with conspiracy to commit violent disorder.”

“The actions of those involved were dangerous and violent. They showed no concern for the safety of the other residents on the street and members of the public.”

“Today, they must face the consequences for their actions as they are jailed for over 19 years.”

Tammy Murray of Camp Street, Cheetham Hill was sentenced to three years in prison for conspiracy to commit violent disorder.

Lorenzo Kavanagh aged 23 of Higher Croft, Eccles was sentenced to four years in prison for Conspiracy to commit violent disorder.

Suraphael Gebrehiwot aged 18 of Pine Grove, Longsight was sentenced to one year and six months in prison for conspiracy to commit violent disorder.

Wallace Mukodza 28 of St. James Square, Bacup was sentenced to two years in prison for conspiracy to commit violent disorder.