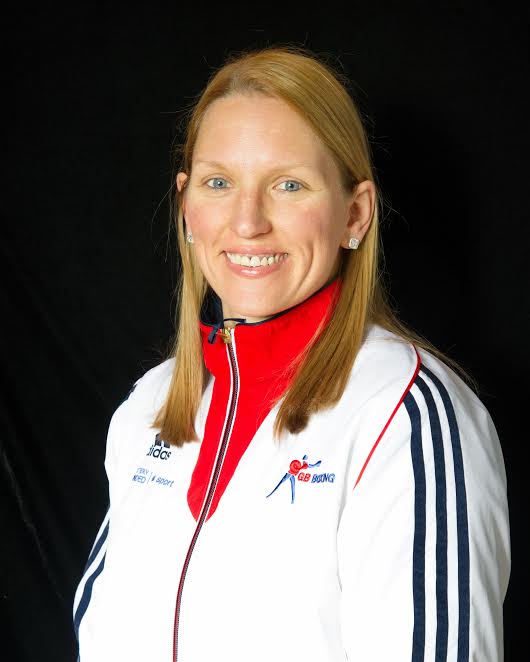 Olympic, Paralympic and Commonwealth champions including Staycey Copeland and Diane Modahl are among local stars joining a Greater Manchester wide campaign to #KeepGMMoving and help inspire residents across the city-region to keep moving despite restrictions, which prevents people from leaving their homes to help stop the spread of coronavirus other than for very limited purposes.

These include one form of exercise a day, for example a run, walk, or cycle – alone or with members of your household.

Hayley Lever, GreaterSport CEO and Exec Lead for GM Moving, which commissioned the research, said: “It’s not surprising that many of us across Greater Manchester have been less physically active than usual. We are in difficult times and area all adjusting to the situation. But there are opportunities, if we support each other, and it’s heartening to see that that the figures are healthier than national figures, with 39%2 of people saying they are less active the before.

“Just a few weeks ago we might have been walking to the station, doing the school run on foot, moving around work, playing footie or going to a fitness class. Suddenly all that’s stopped. Many of us are spending more time sat on sofas and at kitchen table desks, and we’re concerned that’s storing up health problems for the future, as well as putting pressure on the NHS in the here and now.

“That’s why we’re announcing a new campaign to keep GM moving. #KeepGMMoving is all about inspiring and supporting people to design moving back into life. The lockdown may appear to have given us more challenges, but there are opportunities too and plenty of ways to keep moving at home, in a way that suits our new lives!”

The research found that many residents across Greater Manchester are already doing their best to keep activity levels up, with 41% of respondents saying they have done more gardening since the lockdown, and one in five (19%) turning to online videos for exercise instruction more often than before.

GM Moving, which was set up to help reduce inactivity across Manchester, has created four films and supporting blog posts to help #KeepGMMoving. The films give fun tips on keeping your activity levels up. It is also asking inspirational figures like Stacey and Diane to share their inspiring tips on how to move more on social media.

Hayley added: “The four films demonstrate different ways people of all ages and abilities can get active in a way that suits them. We hope the films and blog posts will help #KeepGMMoving and answer the question of how adults can get their 30 minutes of daily movement in, and how kids can get their 60 minutes each day.”

Each film will focus on different needs: from families trying to find interesting ways to keep their kids moving; to those with no gardens; those who find themselves working from home and therefore moving a lot less; to people with limited mobility.

Ben Andrews, from Salford, will lead a 30-minute workout for one of the films. Each exercise in the film will have variations performed standing, supported, sitting or assisted – so that everyone can take part. The film will have sound, subtitles and BSL interpretation to make it as accessible as possible.

Ben, 27, who works as a project manager for Empower You, which is hosted by Salford social enterprise Unlimited Potential, works with communities and organisations to support active lifestyles by disabled people.

He said: “It’s important that we all keep moving in order to lead healthy and active lives. Being indoors, with limited access to the outside is challenging, but there are many ways we can keep our bodies and mind active and now it’s as important as ever.”

“It’s great that I could lead a video class for #KeepGMMoving to show how we can all keep active. It’s important to move for at least 30 minutes a day if you’re an adult and this workout will help you meet that target. At a time of physical distance, this is something that we can all be part of together.”

The other three films, which have been made by Nick Hulme, from Tameside, and his family, show creative ways to get moving at home with limited equipment and space. There are fun suggestions such as a ‘rave in the shower’ and ‘sock rounders in the kitchen’.

Chris Boardman, Greater Manchester’s Cycling and Walking Commissioner, is also backing the campaign, reminding residents that cycling continues to be a great way to keep active and get around both during the lockdown and beyond.

He said: “With 1950’s levels of traffic, bikes are now being used in all sorts of ways, from going to get supplies to taking essential exercise. Probably most importantly, getting out on two wheels is giving us the mental break we need each day, so we can make prolonged isolation sustainable.

“We already had big plans to make Greater Manchester a walking and cycling city-region, and in times of crisis, it is heartening to see so many new people getting on a bike, proving what a wonderfully versatile form of transport it is.”

GM Moving is supported by the Greater Manchester Combined Authority (GMCA), the NHS in Greater Manchester, GreaterSport charity and Sport England. A team of more than 100 organisations have also pledged their support, including leisure facilities, major sports clubs, community groups and charities. All of which have a shared goal – to help people living locally to get more active.

To find out more follow #KeepGMMoving on social media or go to www.greatersport.co.uk/keepgmmoving

On average people in England from age 50 can expect to be healthy and...