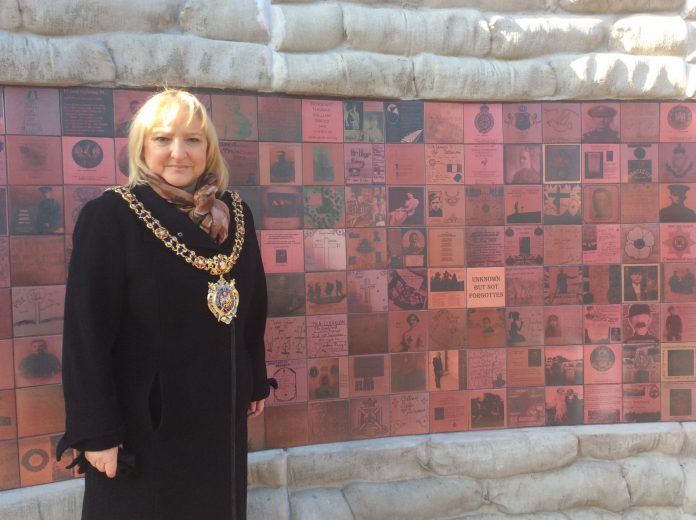 permanent memorial to commemorate those who lost their lives at the Battle of the Somme has been unveiled in Heaton Park.

One of the largest municipal parks in Europe, Heaton Park was used during the First World War as a military training ground for army recruits – including the men of the Manchester Regiment before they went off to fight at the Somme – and later also as a military hospital.

One hundred years later the park was to become the focal point of the national Somme Centenary commemoration. More than 37,000 people visited Heaton Park over the centenary weekend to take part in events and pay their own respects to those who died.

The Battle of the Somme was to last for five months but it was the first day of battle on 1 July 1916 that was to prove the most fateful.  It quickly became the worst day in British military history and resulted in the largest losses suffered by the British army in any one day.  By the end of that first day British casualties numbered 57,470 and of these 19,240 were killed.

The memorial in Heaton Park has been designed to represent a Western Front trench stacked with sandbags, and is the same height as a communications trench on the front line would have been.

The distinctive curved memorial features more than 320 unique ‘memory tiles’ – each one originally created for the national commemoration in 2016, and now recast in porcelain to take pride of place on one side of the memorial in the park.

National centenary commemoration events included a service at Manchester Cathedral, a military parade through the city, and a moving remembrance event in Heaton Park. This featured the Halle Orchestra, a national children’s choir, and a stunning dance performance based on the battle and the first day of combat – all taking place alongside a tented encampment set up in the park offering heritage learning activities to provide an insight of what life was like on the front line in 1916.

At the heart of the national centenary commemoration was a call-out to adults and children across the UK to make or contribute a digital ‘memory tile’ as a tribute to someone involved in the Battle of the Somme.

The call-out saw thousands of personal images and accompanying stories of the men and women who played their part in the battle submitted.  Around 5,000 of these were made into tiles and laid down in Heaton Park to form a temporary path through the park, the ‘Path of the Remembered’.

Following the commemoration events some of the original tiles were given to different organisations for display – including a veteran’s village in Newton Heath, Manchester Cathedral, Manchester Art Gallery, and the Manchester Tramway Museum.

Now some of those same memory tile designs submitted by members of the public have been re-used as part of the permanent memorial in Heaton Park.

Mayfield hosts technicolour message of thanks to front line workers