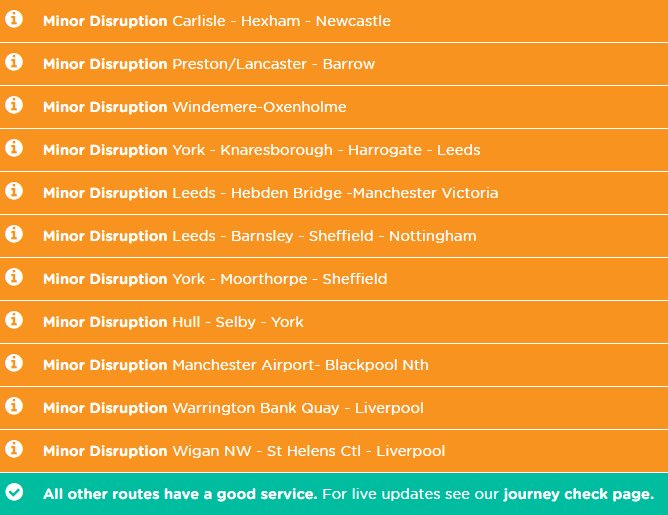 The RMT Union says that “Meltdown Monday” should spell the end of the privatised chaos on Britain’s railways as the biggest timetable change in years have brought chaos to the region’s trains.

Northern Rail blamed “a shortage of train drivers” for many of the problems, telling passengers on Twitter: “Unfortunately there have been some issues as we continue to train our 400+ drivers.

An Arriva Rail North Ltd spokesman told the BBC: “This is a significant operational challenge, and given the late nature of the planning for this, we do expect some localised service disruption, which could happen at very short notice while the new timetable beds in.

“We will continue to do everything we can to ensure we minimise any service disruption and keep customers informed.”

“The union is picking up reports from both Northern and GTR of a hopeless lack of planning, combined with a shortage of crew and fleet, which has reduced the Monday morning journey to a nightmare for many passengers. It is our members dealing with the anger at the sharp end not the well-paid top brass from Arriva and Govia who are responsible for this Meltdown Monday on our railways.

“Both of these companies have sought to compromise safety and access by hacking back on critical staff and it is no surprise to RMT that they can’t be trusted with the massive logistical challenges of bringing in new timetables.