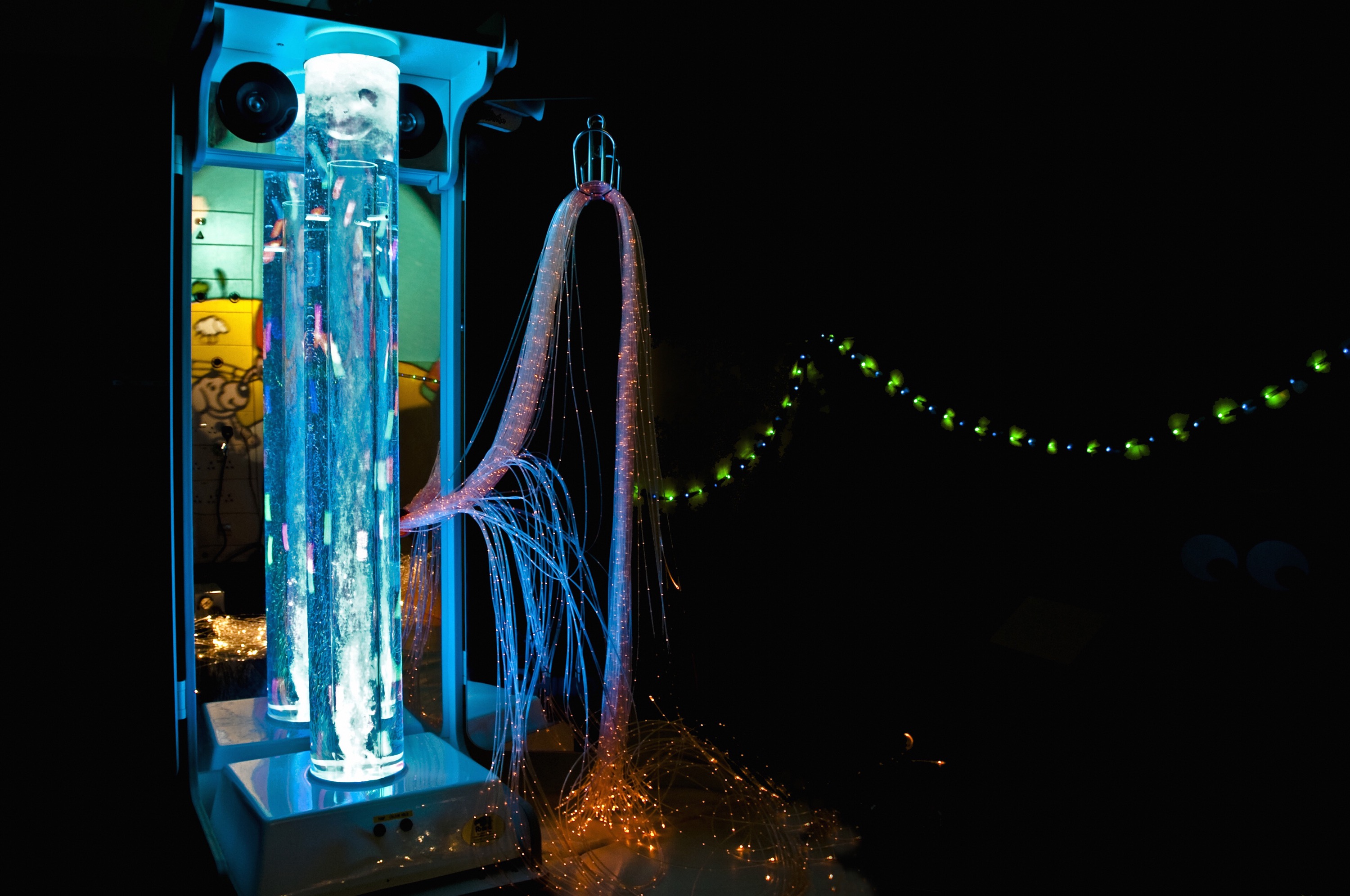 For the second year running, the Museum of Science & Industry will be exhibiting the winning entries in the prestigious and coveted Wellcome Image Awards. Showcasing the best in science imaging talent and techniques, these 20 brand new and award winning images go on display at the museum from 19 March 2015.

This this year one of the images was taken by a Manchester Woman, Geraldine Thompson, who is currently the operational manager for the Clinical Photography and Medical Illustration services across Central Manchester University Hospitals NHS foundation Trust.

About Manchester spoke to her.

The winning image, says Geraldine, is called a ‘voyager mobile sensory unit’ and it is predominately used in the Royal Manchester Children’s Hospital.

The unit is made up of various parts such as a bubble column (centre of the image) which changes colour. Within the bubble column are small rubber items that float up and down in tandem with the speed of the water.There is a ‘fibre optic light emitting cascade’ made out of soft tactile material, so children can handle the lights, a Solar Projector which projects images dependent on who is using the unit and images vary fromfarm animals to sun sets.

In the image you can see a projection reflected in the units retractable mirrors as the two mirrors on either side can be pulled out to offer children with limited mobility view of the bubble column and projections. The unit also has a sound systemwhich can play anything from ‘disco’ to ‘lullaby’s’ (another unit in the hospital has a disco ball!).

“Going into hospital can be a daunting experience for any child. TheTherapeutic and Specialised Play Service’s use the unit in a multi-sensory room or can be in situ next to a child’s/ teenagers bed.It is for both stimulation and relaxation and multi sensory play is ‘failure free’ based on psychological and behavioural theories in medicine.

Geraldine has worked in the NHS for 22 years, training, working and studying in clinical imagery and my title is better known as a healthcare scientist. A month after her college graduation she was walking past the unit, visiting the hospital for health reason’s. She became curious and entered the department asking what they did and who they were, the professor who must have been listening to my conversation with the receptionist personally came out and handed her an application to join the Master’s of Science in Audio Visual Media training scheme.

“I have never looked back”she told us. She is also a STEM ambassador, a role which involves getting Young people involved across Greater Manchester in science.

In Greater Manchester there is an unparalleled enthusiasm from the schools to engage and involve themselves with the STEM network, she tells us adding that  organsiations such as MOSI are passionate promoters of science, engineering, technologies and mathematics and play a largepart in working with schools, in particular during science week:

However there are issues

“There is no lack of enthusiasm and access to networks like ours but one observation I can qualify, is that I personally find careers advice for young people is not as comprehensive as it could be and if you do not have sufficient information to make informed choices about future careers in the sciences, there is bound to be some fall out. We may need to think about strengthening and supporting career advisers across education, furnishing them with up to date changes in industry and opening up work experience and job opportunities.”

But above all Geraldine is immensely proud to be a Wellcome Award winner, knows no words. I will say

“My work has allowed me to combine my passion for science and art; the science of optics does allow creativity.The Wellcome images exhibition is a perfect example of bringing into the public realm that which is normally unseen and elevates the ordinary to the extraordinary. To inspire one person, one child to ask “Why?” and then they ask, “Why not?” and then go on to further ask “Why can’t we do it?” and finally “Can it be done now?” Can mean that science has won one more recruit!”

Rochdale’s MP spends a night in the cells

Jacob Triumphs in the Pool – More Swimming Success For Salford