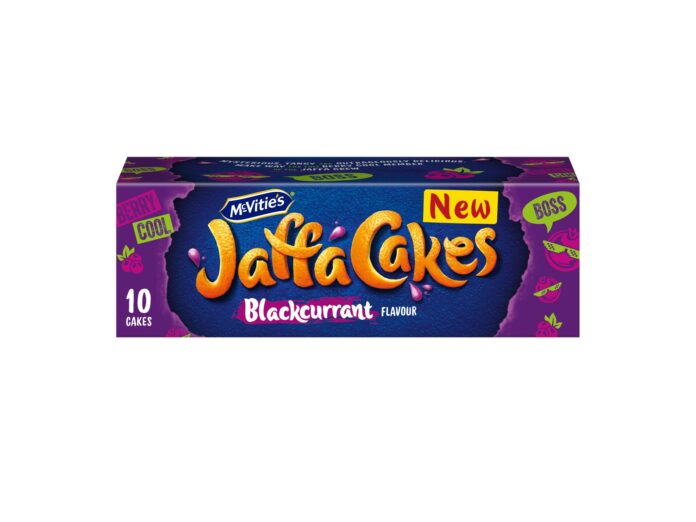 McVitie’s continue to delight fans as they unveil yet another fruity and juicy flavour to join the Jaffa Cakes range; new ‘‘Berry Cool’ Blackcurrant flavour.

Bursting with flavour, this berr-illiant new edition invites ‘Jaffanatics’ on yet another mysterious, tangy and delicious taste adventure.

Like its fellow flavours, the new twist still has the triple treat of McVitie’s Jaffa Cakes; a tangy blackcurrant flavour centre, layered with crackly dark chocolate and a light sponge base.

Whether a tasty compliment to your morning coffee or a mid-afternoon pick me up, the ‘Berry Boss’ blackcurrant flavour edition has arrived and is guaranteed to have your taste buds tingling.

Emma Stowers, Brand Director for McVitie’s at pladis UK&I, said, “The tangy berry flavour of our new Jaffa Cakes Blackcurrant flavour is the perfect addition to the Jaffa Cakes crew. We’re excited to continue to bring new tastes and experiences to Jaffanatics and can’t wait for everyone to try this new fruity, cool berry flavour. They’re so delicious your sharing box may not last long!”