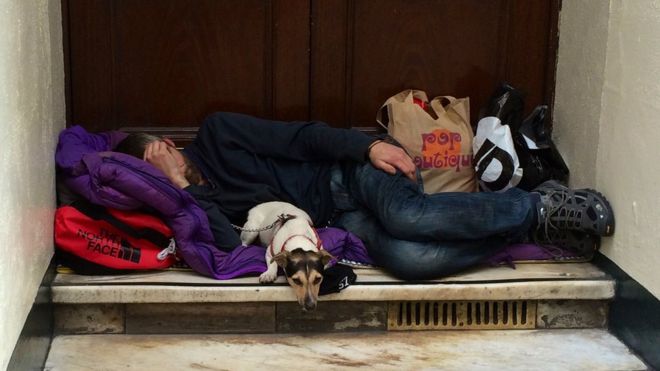 A radical plan, to end rough sleeping by 2020 and set out a 10-year vision to tackle all forms of homelessness has been announced today.

In addition to the plan’s publication, a new business network has also been launched to give the private sector an enhanced role in tackling the issue, as well as making it easier for businesses to get involved.

It’s hoped that 200 Greater Manchester businesses will be signed up by 2020. The network will be chaired by Tim Heatley, co-owner of Manchester-based property developer Capital & Centric.

Andy said: “We can all see that the problem of rough sleeping is getting worse – but here in Greater Manchester our response to this is getting much better.

“One of my key campaign pledges was to end rough sleeping in Greater Manchester by 2020, and there has been real progress over the past nine months. We’ve secured millions of pounds of investment to help people living on the streets to get a roof over their head; all sectors in Greater Manchester are working together more closely than ever before; and we’ve seen a new approach to emergency support in freezing weather which has seen 1,000 extra beds made available this winter.

“But we have so much more to do, which makes this plan so important. This is a real problem, and it’s a growing one. But it’s a problem we can solve together if we’re ambitious, driven and innovative.”

Nick Buckley, who is standing for local authority elections on the Homelessness Agenda in the City Centre told About Manchester that thee only thing of note from today’s Mayor presentation is that rough sleeping is still increasing in Manchester. Everything else was padding and PR.

“He announced several changes he has managed to facilitate, such as, homeless can now register at GP with no address – this has always been the case. Hospitals now will not discharge homeless onto the streets – unfortunately they walk out as soon as they can. Fire stations can be used as shelters instead of council buildings – homeless people don’t really care who owns the building.”
He added:
“The Mayor has raised the political attention of this topic which is a good thing, but has little chance of ending rough sleeping with the same people doing the same things.”