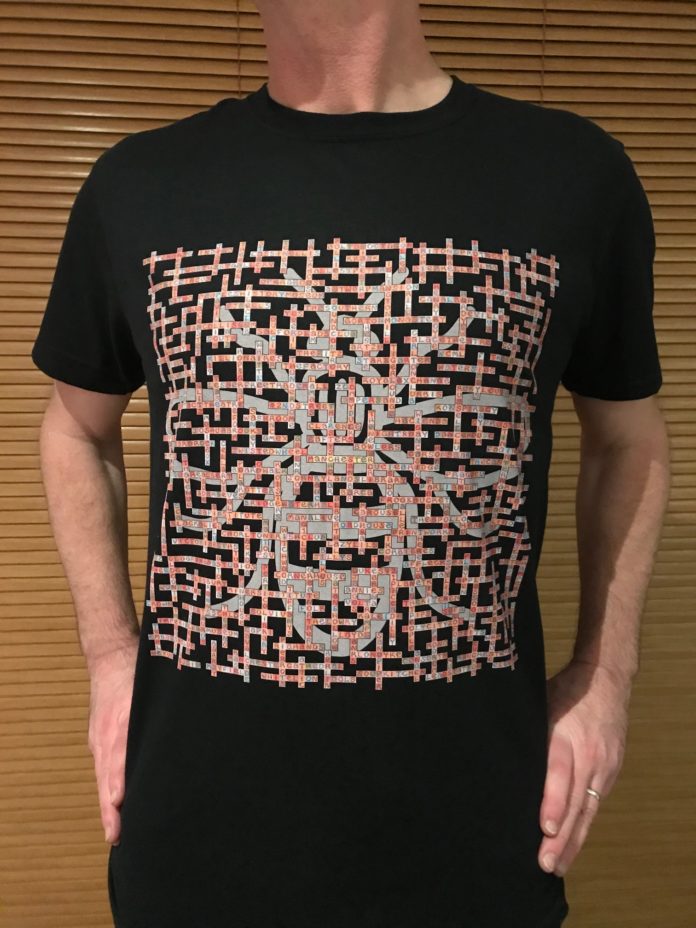 Forever Manchester Ambassador, Alison Bell has created one of her Name-Chains designs for the charity with the help of its supporters and followers.
Name-Chains are themed collections of names which are cleverly researched and joined together in a crossword/scrabble-style design with Alison’s unique, hand-drawn font.
Alison’s first set of Name-Chains designs were all based around the theme of Manchester: Manchester Bands, Manchester City FC and Manchester United FC.
This new design also has a Manchester theme as it depicts the city’s iconic buildings and music venues from the past to the present day, integrated with the Manchester Bee.
Forever Manchester asked its social fans and followers to share suggestions of favourite iconic buildings and gig venues to make up the chain last September.  The shout out received a fantastic response.
The finished artwork features over 300 historical buildings including The John Rylands Library and Salford Lads Club, as well as some modern landmarks like The Haçienda and HOME. In fact, the Forever Manchester HQ happens to be based opposite one of these legendary venues, The Boardwalk where Oasis, Happy Mondays and Inspiral Carpets all cut their teeth!
Lots of the names will no doubt bring back memories and put a nostalgic smile on so many faces.
Nick Massey, chief exec for Forever Manchester, said; “As a truly Mancunian charity we have a deep connection with our city’s cultural landmarks and we know how important they are to our supporters.  This makes work like Alison’s really important to us. Not only does it help us raise vital funds to support groups across Greater Manchester but it celebrates one of the many things that make Manchester the city it is. I hope that anyone who wants to support us will take a look at the Name-Chains design and enjoy the memories it evokes.”
This Forever Manchester Name-Chains design is available in prints and t-shirts on the Forever Manchester online shop: https://www.forevermanchestershop.com/collections/name-chains

Sky is the limit for Snow Camp youngsters