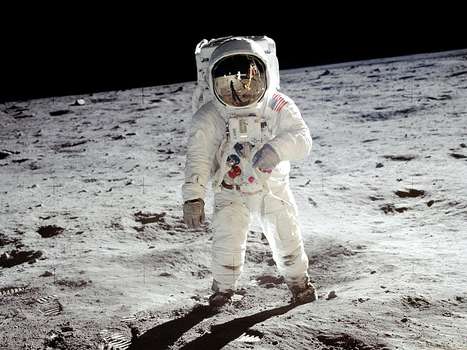 Manchester’s Museum of Science and Industry will be celebrating the 50th anniversary of the Apollo moon landings with a special day of activities in July, and the release of a short documentary film telling the story of how a small Manchester firm helped to develop the space suits that allowed humans to walk on the moon.

The space news comes on the day that it is announced that they  National Tour of Tim Peake’s Spacecraft presented by Samsung and the Science Museum Group, which included a leg at Manchester’s Science and Industry Museum where Peake’s Sokol spacesuit was unveiled, was seen by 168,000 people in Manchester and also reached 20,000 students as part of an outreach programme that included 11 schools from across Greater Manchester.

Students from schools including Albion Academy, Harrop Fold High School and Atherton Community School were among the thousands who enjoyed shows, visits and the Samsung VR Bus.

On 6 July the museum will hold a day of hands-on activities including mission patch design, a space-themed Science Showdown and a special edition of the Pi: Platform for Investigation – Powered by Siemens which features real-life scientists and cutting-edge research.

The museum will also be releasing a special episode of the Science Museum Group’s film series Stories From The Stores, looking at the forgotten story of Frankenstein and Sons, a small Manchester company who helped develop the spacesuits that allowed humans to walk on the moon.