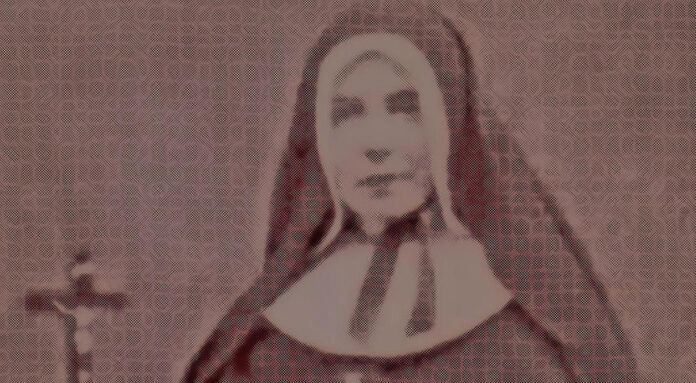 The woman described by some as Manchester’s version of Mother Teresa has become a step closer to becoming a saint.

A Vatican bulletin announced yesterday that the Pope had given approval for Elizabeth Prout, o be given the title “venerable”, a third step in a five step process to sainthood

Prout, the daughter of a cooper, founded schools for the poor children of industrial workers and set up refuges for girls who worked in the factories

Last year the Bishop of Shrewsbury,The Rt Rev. Mark Davies who was born in Longsight said that Mother Elizabeth Prout was one of the most remarkable of all of the famous people from the town because of her work and witness among some of the poorest people of Victorian England.

Mother Elizabeth significantly came to Manchester during the same period that Karl Marx and Friedrich Engels also visited the city as they prepared to write The Communist Manifesto.

While the two revolutionary philosophers sat together “to formulate the violent theory of Communism; an ideology that would bring still greater suffering to humanity”, said Bishop Davies, “Elizabeth risked violence herself to enter Manchester’s darkest and most dangerous streets in order to reach those in greatest need”.

Yesterday he said: “It was with great joy that we received the news today that Elizabeth Prout, an Englishwoman born in Shrewsbury, is advancing towards being recognised as a saint. The church has declared her Christian life and virtues worthy of her veneration.

In 1999, a woman in Chile said that she recovered from a brain injury after praying to Prout. In 2000 a man, also from Chile, said that his cancer vanished after he prayed to her