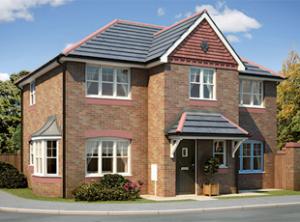 House prices in Manchester are rising at a faster rate than across much of the country according a survey out today.

According to analysis by HouseTracker, the  average house in Manchester will now cost you £150,000, an increase of 8.3% compared to this time last year.

London is being overtaken by large regional cities such as Birmingham, Manchester and Liverpool where prices are rising off a lower base and where affordability levels remain in line with their long run average.

Manchester,says the survey, is the fastest growing city outside southern England where prices are up 8.3% in the last year on an average price which is a third that of London.

Nationwide, UK city house price inflation is running at 6.9%, compared to 7.9% in January 2016. The slower rate of growth is down to a 0.2% price fall in the third quarter of 2016. This is a consequence of weaker investor demand post the stamp duty changes and the impact of the Brexit vote on market activity.

The rate of increase in Manchester was only surpassed in January by Oxford and Bristol.The average price of a house in London is currently £486,600.

Police have released photos of a woman who is in critical condition in hospital...