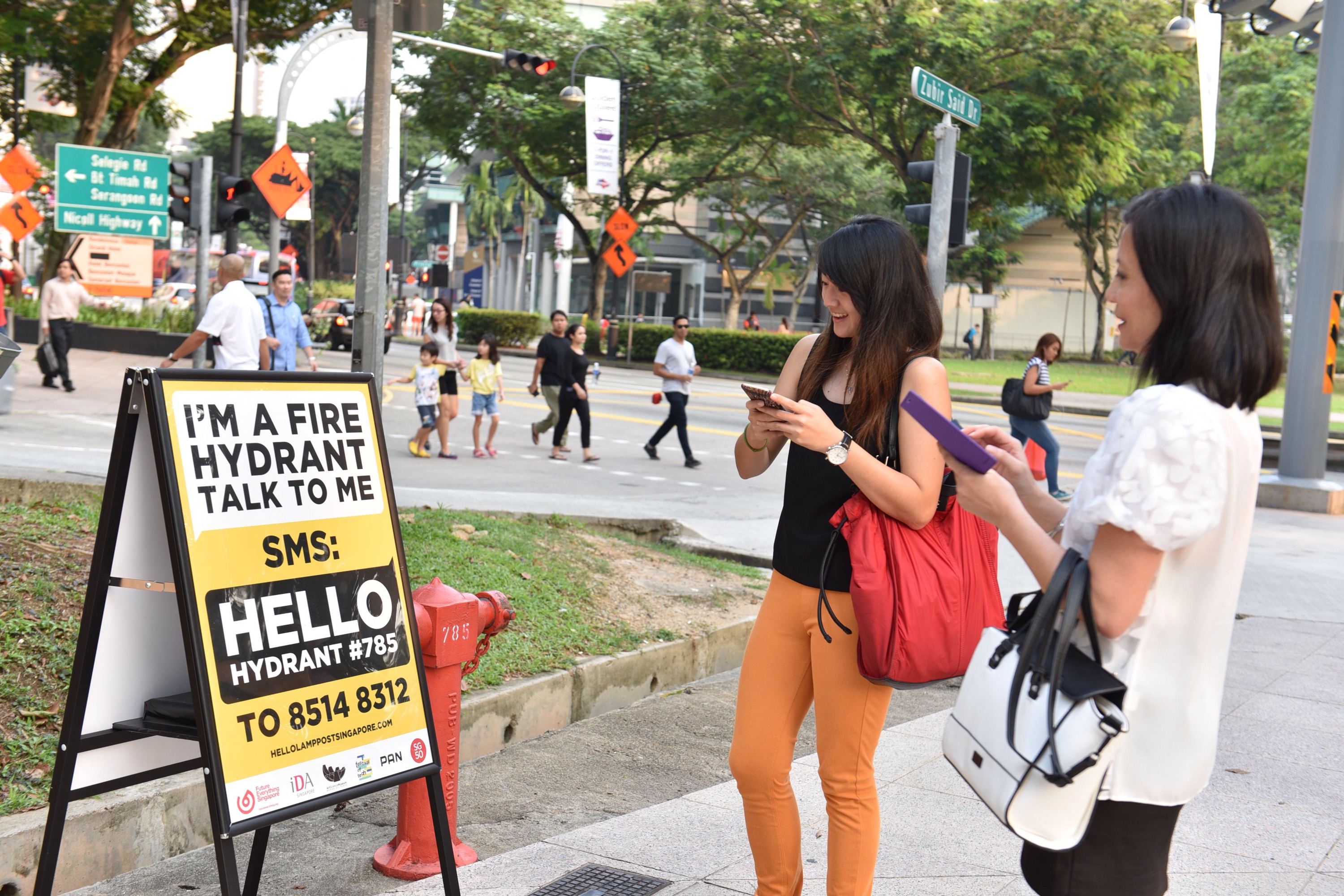 FutureEverything, Manchester’s digital arts and innovation festival, is enjoying an overwhelmingly positive reaction to its interactive public artworks, installations and events currently being hosted in Singapore.

The eight-day FutureEverything Singapore festival, which finished yesterday, has also attracted extensive media interest from TV, newspapers, magazines and online publications from across Asia Pacific. One of their projects, the Signals of Tomorrow innovation lab, has also been featured on the BBC World Service’s ‘Click’ technology show which is watched around the world.

Many in the media have focussed on the phenomenal success of ‘Hello Lamp Post’ – a playful, public realm interactive experiment where objects and street furniture across Singapore seemingly come to life and hold conversations with members of the public via SMS text messaging. One of the most popular landmarks featured in the work is Singapore’s famous Merlion; a huge half fish, half lion stone structure which spouts water from its mouth. First unveiled in 1972, the 70 tonne, 8.5 metre high statue has become an international symbol for Singapore and a must-see visitor attraction.

The Hello Lamp Post project, which has also seen fire hydrants, shops, post boxes, streetlamps, signposts and statues all ‘come alive’, has seen over 3,000 messages per day being sent to inanimate objects by the general public.

Another very well-received event has been The Chronarium, a temporary public sleep laboratory which is presented as an immersive audio-visual arts experience.

Upon entering The Chronarium, which is a huge hanging net, visitors are invited to lie back and rest inside white fabric pods which are suspended above the ground. The pods then gently rock back and forth while the ‘patients’ are exposed to different audio and visual stimuli, including ‘pink noise’ and coloured lighting, which is designed to help reset their internal circadian rhythms during a 15 minute session.

Drew Hemment, founder and Chief Executive of FutureEverything, said of the success in Singapore:

“We were confident that people would enjoy experiences like Hello Lamp Post and The Chronarium as they are both very accessible, interactive and playful. However I’ve been genuinely overwhelmed at how enthusiastic everyone has been about the whole concept of the festival, the ideas which have shaped it, and the fact it has all been produced by a team from Manchester.

This has been FutureEverything’s first major festival in Asia, and the first festival of its kind in Singapore, more than 30,000 Singaporeans, tourists, international artists and global thought-leaders are expected to attend.

The festival commission, which is worth around £500,000, was highlighted in a speech earlier this year by British Prime Minister David Cameron, given in Singapore, as an outstanding example of how the UK can work closely with Singapore to develop more commercial and cultural opportunities.