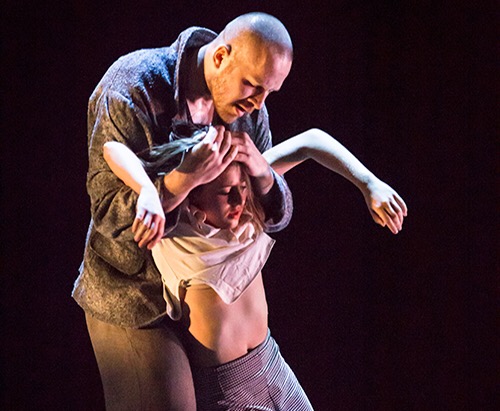 Company Chameleon will be joined by Spellbound Contemporary Ballet from Italy, Norrdans from Sweden and Thomas Noone Dance Company from Spain, creating a rare opportunity to see four companies, at the front of contemporary dance, perform together in one performance.

Leading choreographers and dancers will gather for the event, which features four short and beautifully crafted works, and showcases what’s now on the international dance scene.

Company Chameleon, who are currently flying the flag for Manchester as a National Dance Award nominee for Best Independent Company 2015, is looking forward to welcoming their international counterparts for the event.

“The four companies performing have massively different styles. What Spellbound create is a world away from what we do, there’s an eloquence and classic beauty to their style, whereas our work is far more real and gritty.”

“Norrdans choreography is edgy and young with masses of theatricality, which again is very different to the more polished and precise work of Thomas Noone. The four companies really are very different, and thanks to dance being an international language, we’re able to share our styles and perform our work alongside each other, which is brilliant.”

Four individual pieces make up the Dancing Partners programme and include:

Hands Down by Company Chameleon, a powerful and emotive male duet exploring the tensions of relationships.

The Hesitation Day by Spellbound Contemporary Ballet, a mesmerising and hypnotic contemporary ballet.

Watch Me by Thomas Noone Dance Company, a wry solo duet, which challenges the audience perceptions.

I Went Out On A Summer’s Night performed by Norrdans and choreographed by Company Chameleon’s Anthony Missen, who was commissioned to make the work in Sweden earlier this year.

With such a hub of dance knowledge, experience and expertise in one place, as part of Dancing Partners, the dance companies will together take part in a programme of development classes as part of the exchange.

Along with workshops for local schools and dance students, there is an opportunity to go behind the scenes and see some of the rehearsal process on Friday 22nd January at the Dancing Partners Open Rehearsal. There is also a Post-Show Talk with Chameleon’s Anthony Missen on Friday 22nd January.
Company Chameleon started when Anthony Missen and Kevin Edward Turner met at Trafford Youth Dance Theatre in the mid-1990s. After developing their talent at Trafford, they went on to train at the Northern School of Contemporary Dance, and after graduating travelled extensively to work with some of the most innovative dance companies and choreographers in the world. They returned home to Manchester in 2007, to achieve their goal of setting up their own dance company, and Company Chameleon was born.

Julia Fawcett OBE, Chief Executive of The Lowry, said: “We are very excited to be presenting Dancing Partners in January 2016. We are proud of our reputation as a regional hub for dance performance, bringing the very best in both British and international work to audiences in Salford. We have had a long relationship with Manchester-based Company Chameleon and are looking forward to presenting their work, alongside talent from across Europe.”
Booking information 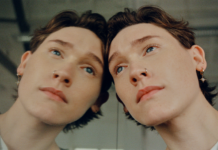