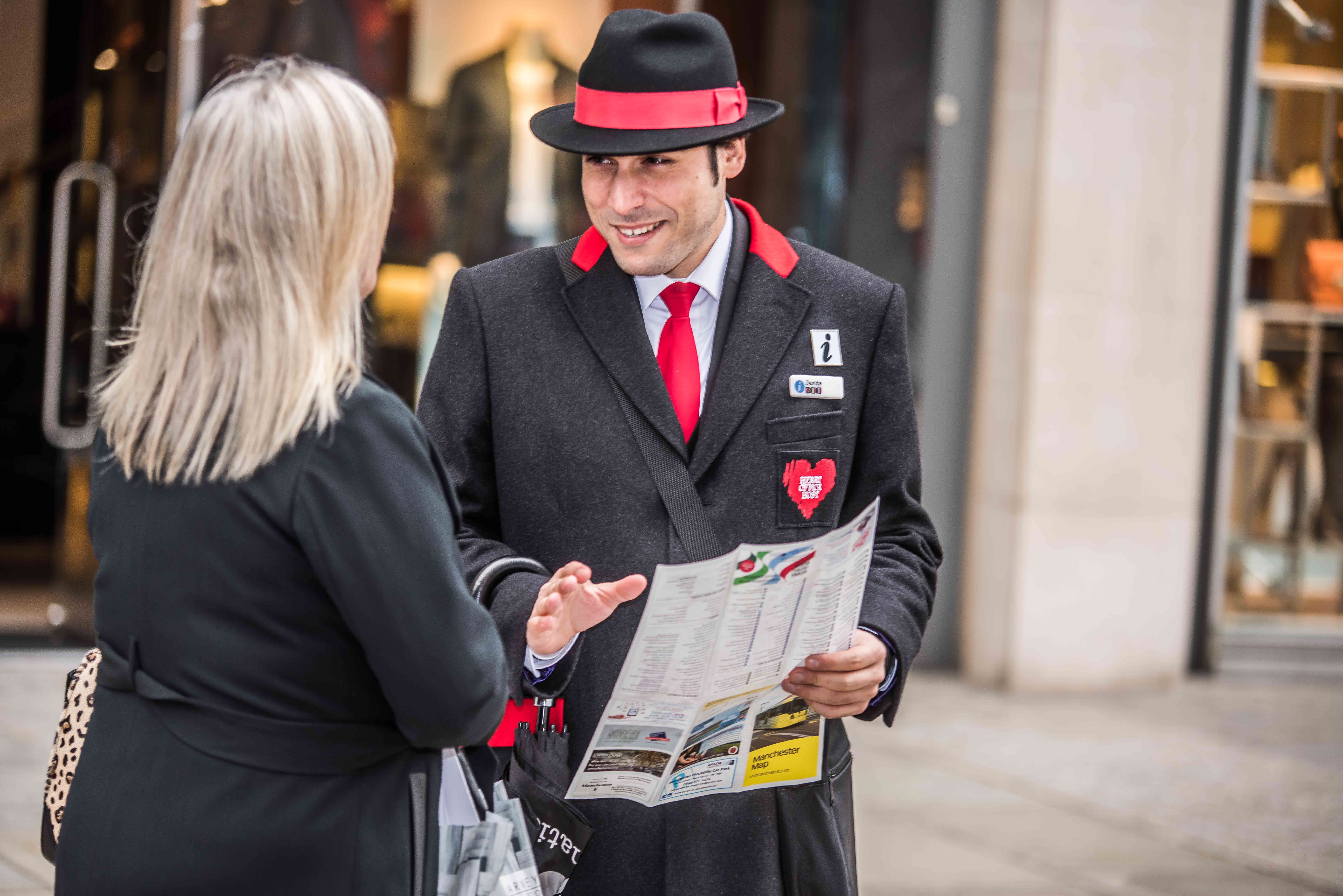 The Heart of Manchester’s Business Improvement District (BID) has revealed that its team of dedicated City Hosts has helped over 100,000 visitors to the city since April 2015, an impressive 10% increase on 2014.

There are a total of seven Hosts, who work seven days a week, 363 days a year and are based in the main shopping districts of Market Street, Exchange Square, New Cathedral Street, St Ann’s Square and King Street. The team is on hand to guide shoppers, visitors and workers – helping with directions, public transport information and provide details on events taking place in the city centre.

Statistics collected since April revealed that 70% of the queries the City Hosts dealt with came from UK visitors, travelling to Manchester for business, or as part of a city break or day trip, 25% from international visitors and 5% from local residents – the latter most commonly enquiring about changes to tram routes across the city centre.

8. Recommendations for places to eat

9. Advice on which form of transport to use to reach a destination i.e. tram, train, bus or taxi

Phil Schulze, BID manager, said: “We’re extremely proud of the City Host team for their continued commitment to assisting visitors in Manchester to ensure their experience is a pleasurable one, whether it’s for business or leisure.

“We also made a considered effort to ensure the City Hosts were connected with the market operators, Metrolink staff and NCP managers in order for them to work cohesively to manage traffic flow and public transport queries, which we believe served as a big asset throughout the festive period.”