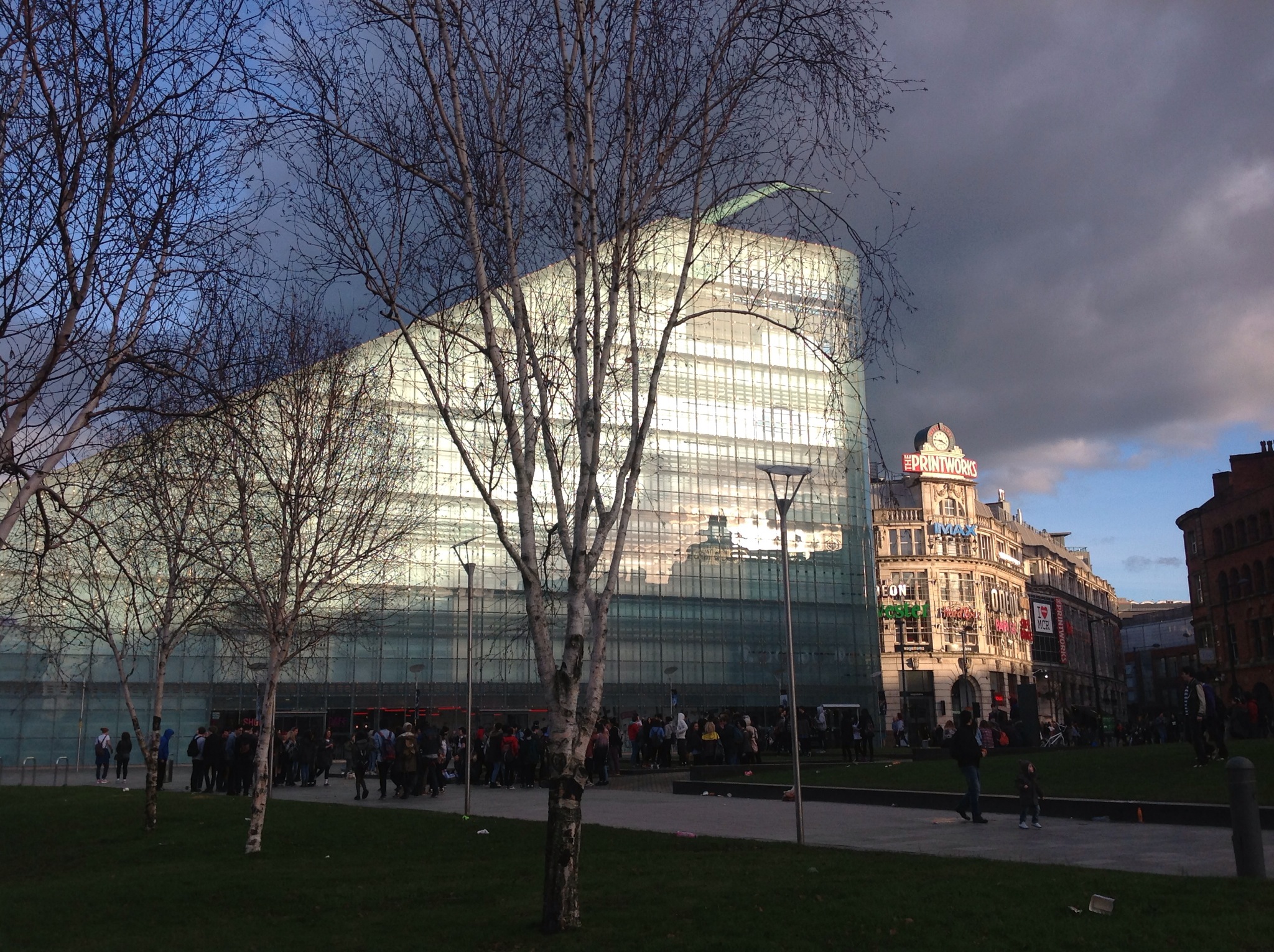 Another week, another report .This time one hundred and thirteen pages courtesy of the Online Ventures Group.

Manchester, Our future is a celebration of the city and a look to the future. With contributions from, amongst others the Futurologist Tom Cheeseman, Clive Memmett from the Chamber of Commerce, various members of the business and Legal communities and a candidate for the Pirate Party, it is a comprehensive document on where the City is and where it is going.

At 37,000 words it is difficult to do it justice in a an article and we suggest you read it at your leisure for there is a lot to take in and digest.

The purpose of the report was to examine how Manchester’s social, political, and economic institutions will transform and adapt in the near future.

The report claims to be the ultimate compendium for people who live and work in the city examining how the city will transform by 2020, and in what ways this will impact Manchester’s residents.

It is filled with the usual language and names whenever Manchester is considered. Innovation,digital revolution, Alan Turing , Anthony Wilson, expanding skyline, Airport City, Media City, Spinningfields and the Northern Quarter.

Digging through there are some very important insights.Tom Cheeseman reminds us that

“Graphene may have been uncovered here but we’re not going to see the rise of Graphene- opolis, hundreds of mills around the city spinning sheets of carbon. There’s already concern that the most powerful patents on its application will be snapped up abroad. So how do we ensure that we both lead and profit from the next revolution?”

Manchester is a city where you can find something exciting happening at any time of the day or night. Whether you are a poet, a writer, a raver, a “tech geek”, a real ale lover, an architecture admirer or quite simply a wanderer there is something in Manchester waiting for you to discover it

Whilst there is a political reality check from The Pirate Party,

“For those who didn’t vote Labour, or the many more who didn’t vote at all, it’s difficult to see what place we have in one party Manchester. That feeling of powerlessness is very common. In a country where so much is being privatised it’s easy to feel you don’t have power over very much at all, whether it’s the city around you, your education, health, let alone those who rule you. It’s time to have a local democracy that is about reclaiming that power.”

There are warnings of where we can and must do better.Manchester still ranks poorly when compared to other areas in country wide health. We have one of the lowest expectancies in the country not helped by the fact that smoking, mental health issues, lack of exercise, obesity and teenage pregnancies are much higher than the surrounding areas.

There is a shortage of housing which could well reach a crisis point, we have a homeless problem as well, brilliantly brought home in the report with a piece from a homeless person.

While the quality and quantity of Manchester’s workforce is slowly increasing, we are still lagging behind the national average in terms of the number of people who had an NVQ 4 qualification or higher.

More worryingly there are stark contrasts in educational attainment which depend in which part of Manchester you live.

And for a city that prides itself on entertainment and leisure, we have no restaurants with a Michelin and while it has improved greatly, there is still a lack of hotel accommodation.

The report is concluded by the CTO of Online Ventures Group, James Welch who begins quite rightly with the quote

Manchester is the UK’s capital of juxtaposition. It is both bloody great and bloody stupid at the same time. It has the potential of a beautiful future but
has an overuse of history weighing itself down.

He speaks of the people around the city that continually tell you that “Liverpool is not as good as Manchester”, or “London doesn’t respect Manchester”, and that “everything gets built in London”, or other pathetic statements need fumigating away from the city in double-quick time who are doing nothing but wasting your time and progress along with those local, weak, politicians using lowest common denominator soundbites to curry favour.

He also has contempt for those who continue to pontificate about Tony Wilson, reminding us that he is also from the past and whilst he was a good person, most people who claim to be his friends were exactly the type of slow-reacting fantasists that he would have despised.

Manchester is not the best city in the world, but says Welch, there is a beautiful future awaiting the city.All it needs is someone with great vision, leadership and an understanding of connectivity.

On that note it is best to leave it there.