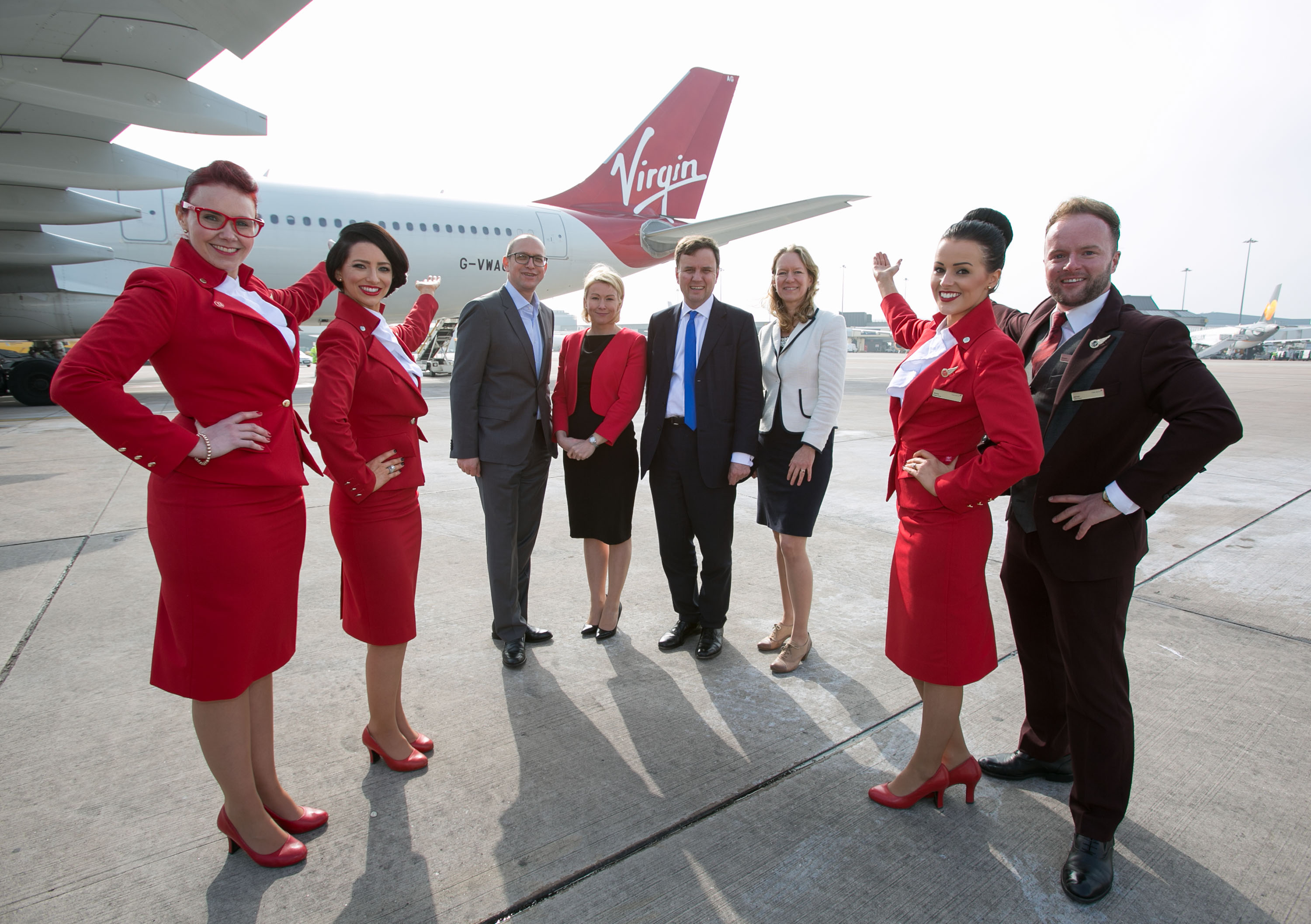 Virgin Atlantic today kicked off a major growth drive at Manchester Airport, launching the first of a hat trick of new long haul routes to America.

This morning, the airline waved off its inaugural service to San Francisco, the first ever direct route to Northern California from the North of England. As well as opening up a popular leisure destination, it has been hailed as a major boost to the Northern Powerhouse, providing direct access to and from Silicon Valley for tech businesses across the North.

They were joined by more than 30 tech leaders from the North of England, who are travelling on the inaugural flight as part of a trade mission to Silicon Valley, which remains the world’s most important hub for the sector. The delegates will fly the flag for the Northern tech scene, as they meet with bosses from California’s leading universities, representatives from tech giants and members of Silicon Valley’s venture capital funding community.

“We’ve been flying out of Manchester for over 20 years and today marks our biggest ever route expansion from the city. We want to offer our customers services to places they want to travel to and this summer, we’ll have 26% more seats out of the city than last year, cementing our commitment to Manchester and the Northern Powerhouse.”

Charlie Cornish, MAG CEO said: “Virgin Atlantic’s commitment to Manchester Airport and its significant growth demonstrates the demand that exists for flights from the North to global destinations like San Francisco.

“The fact so many businesses from all parts of the North are joining the trade mission is testament to the role the private sector is playing in realising the Northern Powerhouse vision and I wish them all every success out in Silicon Valley.

“It is the perfect illustration of how direct connectivity to key markets like San Francisco will drive growth in high value sectors and help deliver the Government’s new Industrial Strategy.

“Manchester Airport will continue to play a pivotal role in enabling that, as we have the capacity and demand to connect the North to even more key destinations in the months and years ahead.

“We will continue to ensure the North’s businesses have access to global markets and encourage Government to work towards a new national Aviation Strategy that maximises the role Manchester Airport can play in delivering balanced growth for the UK as a whole.

“Following today’s inaugural celebrations, we look forward to Virgin Atlantic’s other routes launching and supporting them on their growth journey at Manchester Airport.”

The delegation includes a mix of Northern corporates such as Sage, of Newcastle, CoOp Digital, of Manchester, as well as a host of early and mid-stage tech firms like Hull-based VISR-VR, Vibe Tickets and one iota, from Lancashire, and Manchester-based Wakelet. It is also being supported by the University of Central Lancashire and Manchester Metropolitan University.
It has been coordinated by MC2, a Northern Powerhouse partner with offices in Manchester and San Francisco, in partnership with Manchester Airport and Virgin Atlantic, and supported by the Department for International Trade and the Institute of Directors.
As well as the delegates on the trade mission, a wealth of businesses across the North of England has championed the new route:

SME manufacturing output fell at the quickest pace in over a decade in the...