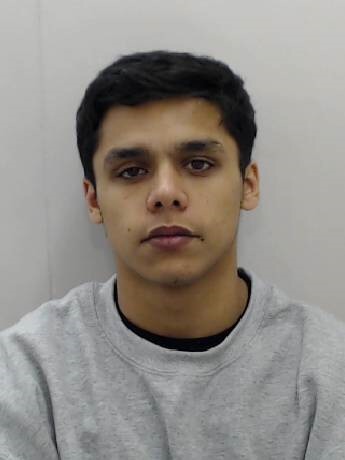 Adam Akhtar 19, of Somerset Road, Eccles, has been found guilty of murder and possession of a bladed instrument after Wesley Lennon was fatally stabbed in Eccles last August.

Wesley Lennon tried to intervene to stop fighting between two groups on Cambrai Street in Winton late on Bank Holiday Monday but he became the focus of animosity from the group and this resulted in him being assaulted.

Akhtar then turned up to assist his friends from fighting with each other and, when he arrived at the scene, he saw the struggle and immediately ran to the group and stabbed Wesley in the chest before fleeing the scene.

Wesley was treated at the scene and then taken to hospital, where he sadly died.
Detective Chief Inspector Richard Eales of GMP’s Major Incident Team said: “This is a terrible incident where a young man has lost his life, after he tried to do the right thing and stop an escalating and violent fight.
“My thoughts are with his family at what has been an extremely difficult time for them.

“Although it won’t bring Wesley back, I hope the sentence passed here today will help his family to begin to rebuild their lives following their devastating loss.”