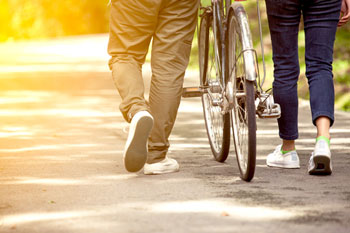 Manchester City Council has submitted a package of bids totalling around £600,000 to the Department for Transport’s Emergency Active Travel Fund.

If approved, the funding would support a wide range of schemes to quickly make more space for people travelling across the city on foot or by bike.

The mix of bids includes a plan to temporarily create pedestrian and cycle-only zones at Stevenson Square in the city centre’s Northern Quarter and on Ducie Street, from London Road to Dale Street.  The council has also proposed starting a process of making permanent improvements for the city’s cycle network at 20 different locations, plus the creation of new low-traffic ‘filtered neighbourhoods’ in the north and south of the city.

The council’s programme has been devised so that its full list of proposed interventions could be completed within weeks of receiving funding confirmation.

Funding is being sought for work to begin to permanently fill a list of existing gaps in the city’s cycle network, creating a more coherent and attractive connected set of routes.  The first phase of works would provide new cycle infrastructure for Lower Mosley Street and Princess Road in the city centre, plus Stretford Road in Hulme, Albert Street in Beswick and Parsonage Road in Withington.

The council has requested support for interventions, including the purchase and installation of cycle stands, which will kickstart a new vision for a future “Triangle” of connections linking Manchester’s Piccadilly, Victoria and Deansgate rail stations for people travelling on foot or by bike – which it is envisaged would ultimately extend to connect with major bus hubs at Piccadilly Gardens, Shudehill and Chorlton Street.

The council is currently constructing two major permanent schemes – the Manchester to Chorlton cycling and walking route and the Princess Road and Medlock Street junction improvement scheme – which will provide improvements to the city’s cycling and walking infrastructure.  A pipeline of major infrastructure projects, totalling £79m of investment, is being progressed in Manchester.

In response to the coronavirus crisis and the need to create more space for people to socially distance in some of the city’s busiest areas, the council has already temporarily designated part of Deansgate as a pedestrian and cycle zone, while also extending an existing traffic-free scheme on Thomas Street to apply for seven days per week.  Footways have been widened at a series of busy city centre and district centre locations across Manchester, which will help people to return to shops and businesses more safely and confidently as the government’s lockdown restrictions begin to be eased.

The council has come under fire in recent days after plans appeared to show that pop up cycle lanes from other GM authorities showed them stopping at Manchester’s boundaries.

“Where neighbouring local authorities are planning to create temporary pop-up cycle lanes which approach Manchester, the council will work with partners in each case, to ensure that safety for all road users is prioritised.” says the council in reply

Councillor Angeliki Stogia, said: “Encouraging residents to travel on foot and by bike has long been a key priority for us, in order to help create a healthier, cleaner city.

“In response to the unprecedented challenge of the coronavirus pandemic, we have already carried out significant amounts of work, including footway widening to support pedestrians to socially distance and the creation of a new pedestrian and cycle zone on Deansgate, but we want to do much more to improve the city’s cycling and walking infrastructure as quickly as possible.

“Through this funding bid, we are seeking support for additional work which can be delivered in the short-term, but which also has the potential to secure longer-term benefits for people travelling across the city by bike or on foot.

“We are hopeful of a speedy and positive response to our bid from the government, so that we can get moving urgently with schemes which will complement our significant existing investment in building a safer, greener transport network for Manchester.”