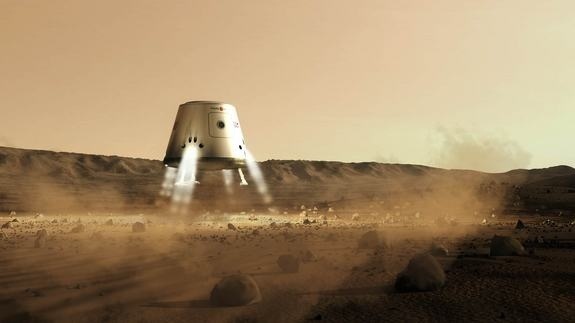 A student from Manchester University is among the first group of people who have been selected to have the chance of starting a new colony on Mars by 2023.

Twenty nine year old Dannielle Potter has been picked amongst 1,058 people to progress to the next round in its search for humans who want to be the first to live, and die, on the Red Planet as part of the project launched by The Netherlands-based nonprofit Mars One.

Miss Potter, originally from Moss Side, Manchester, who has been a student at The University of Manchester since 2008, only found out about the planned mission on the deadline day for applications but signed up straight away.

She said: “What has always driven me with my research is that hunt to find something new, never been done before which is what I’m looking at in my research into cancer.When I learnt about this opportunity I thought it would be great to be a part of the most historic thing to ever happen in our galaxy.”

More than 200,000 people applied for a spot on Mars One’s list of future colonists by the time the initial application window closed on August 31st last year.The only requirement to apply was to be over age 18. Those who get to move on to the next, more rigorous selection phase have been reportedly notified by email.

Of those who made the first cut, 297 are from the United States. Canada is the second best represented country with 75 candidates, followed by India with 62 and Russia with 52. All told, Mars One is looking at applicants from 107 different countries, according to figures released by the group.

Lightopia will light up Manchester this Christmas