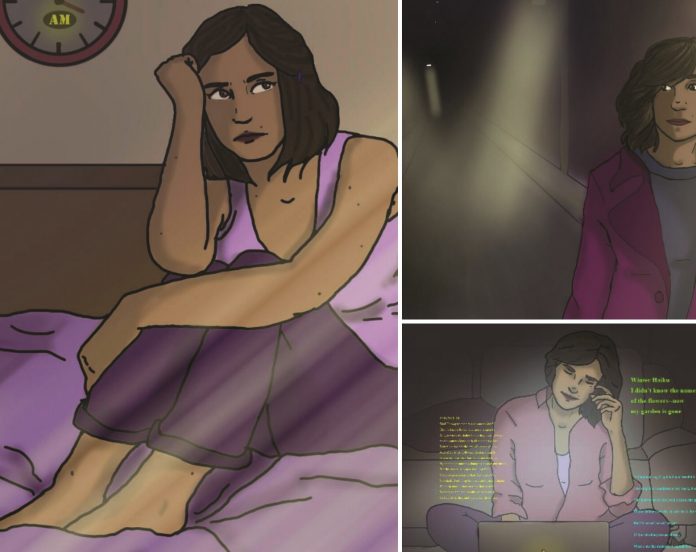 A pioneering youth-led research project, developed by Manchester Metropolitan University with charity 42nd Street, has provided new insights into understanding the experiences of loneliness amongst young people in Manchester.

Poverty and social media can increase loneliness in youngsters to make them feel awkward and anxious, new research shows.

The new study into young people’s experiencesreveals a mixture of factors that can influence and affect youth loneliness.

These include: feeling isolated or different, particularly for LGBT youth; pressures from social media; a break-up in the family or the difficult transition from childhood to becoming a teenager.

The Loneliness Connects Us project saw 14 young co-researchers between the ages of 14 and 25 receive special training to talk to other young people from diverse backgrounds across Greater Manchester about the different experiences of loneliness.

Dr James Duggan, Research Fellow in the School of Childhood, Youth and Education Studies at Manchester Metropolitan University, said: “There are so many definitions, interpretations and understandings of loneliness. It is subjective and something that is perceived and felt, rather than simply a description or the experience of being alone. We wanted to establish a clearer picture.”

The project was a collaborative partnership between Manchester Metropolitan University’s Centre for Childhood, Youth and Community, and 42nd Street, a Manchester-based mental health charity for young people.

The co-researchers identified common themes when speaking with their peers. Factors such as being new to a place or being different can create vulnerability to isolation and loneliness.

This was particularly the case for LGBT+ youth who often did not feel a sense of belonging.

Potentially awkward transitions from childhood to being a teenager were also a theme researchers explored as it becomes more difficult for 13-year-olds to relate to other young people and adults.

Youth loneliness must be considered within the broader context of young people growing up in conditions of austerity, precarity and inequality.

The researchers also investigated the barriers and limitations of asking for help around experiences of loneliness and mental health. Loneliness can make people awkward and anxious so they resist simple solutions such as talking to someone due to the stigma involved.

Other emerging themes identified in the discussions of loneliness included major life changes, such as a break-up or moving away from home, past-trauma, and the pressures and constraints of social media.

One participant, age 21, from Manchester explained: “Social media is social pressure… People posting fake happiness. That has to be one of the loneliest places… All your connections are based on falseness.”

About the project, the 42nd Street co-researchers said: “We became involved in the research to learn more about youth loneliness because we are passionate about giving young people a voice. We know from our own experiences and those of our friends and family that youth loneliness is a really important but far from understood issue – we knew that it was a complex issue, with a whole host of causes and even wider implications on young people’s lives.

“We were given the unique opportunity to train as researchers, work creatively with artists to develop an immersive theatre piece and then tour across the UK to explore the different experiences and understanding of youth loneliness with young people from different communities in the UK.”