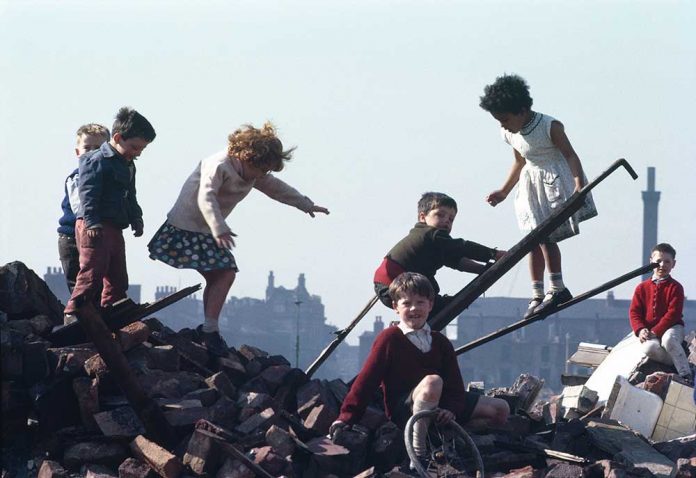 Professor Penny Tinkler has jointly led a project to discover the stories behind Shirley Baker’s famous images of everyday life in Manchester and Salford during the slum clearances of the 1960s and 1970s.

Pioneering British photographer Shirley Baker is thought to have been the only woman practicing street photography in Britain during the post-war era. Her photography showed people going about their everyday lives – women in back yards, and children playing on the streets or even among the rubble of demolished streets. They are now part of a major exhibition taking place at Manchester Art Gallery.

Professor of Sociology and History Penny Tinkler has worked with exhibition curator Anna Douglas to collect the stories behind the photographs. She has been interviewing people who lived and played in the inner city streets that Baker photographed, and some of her interviewees have even been able to spot themselves in Baker’s images.

These stories will be archived in the City Library, and some have been used to make an audio guide to accompany the exhibition.

“Collecting these life stories is a way of helping people better understand the lives depicted in Baker’s photos, and of making the histories of people from disadvantaged communities more visible,” said Professor Tinkler. “The stories people told us were fascinating, funny, moving and sometimes startling, judged by today’s standards.”

“Some interviewees recalled that their broken bones, burns and mild concussion from playing in derelict houses were treated lightly by parents – this was not neglect, but part of a culture of robustness that was essential for surviving and finding pleasure amidst poverty.”

“Community was at the heart of everyday life and interviewees had intense memories of the importance of friends and neighbours. The bull-dozing of these so-called slums was remembered in diverse ways. For some it represented an unwarranted destruction of place and community. Others recalled excitement at the new possibilities afforded by living in high rise flats and the novelty of having an inside toilet.”

Visitors to the exhibition can tell their own stories this weekend in a special recording booth. The ‘Record your memories’ booth, funded by the Heritage Lottery Fund, is at the gallery on Saturday and Sunday from 10am-5pm. People with memories of Manchester and Salford in the 60s and 70s are encouraged to drop in and add their story to the archive.

The exhibition continues to 28 August – visit http://manchesterartgallery.org/exhibitions-and-events/exhibition/shirley-baker for more information.