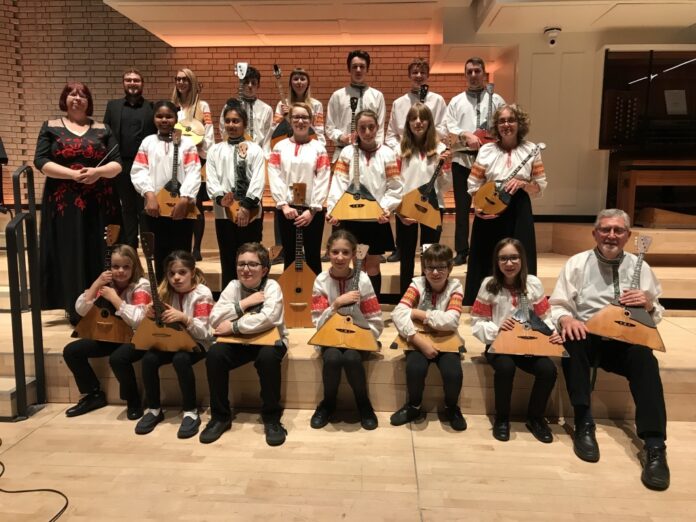 A Manchester music teacher who has spent 60 years playing and teaching a
traditional Russian instrument is urging people to separate the country from the
music.

Brian Hulme, from Chorlton, teaches the balalaika, a traditional Russian stringed
instrument. The instrument’s unique sounds feature in the Kate Bush song ‘Running
Up That Hill’, back at the top of the charts after a 37-year gap.

Brian and his wife Roz founded the Chorlton-based Kalinka Balalaika Orchestra –
now a part of One Education Music, and thought to be the only balalaika orchestra in
the UK – in 1984. And, he says, until recently he had no trouble recruiting new
members. But since the Russian invasion of Ukraine, interest has dwindled.

“The pandemic didn’t help, obviously,” says Brian. “But since Putin’s hostilities
against Ukraine, we’ve struggled to recruit new members – we even had one event
cancelled because the organisers couldn’t predict the audience reaction.”

But despite the concerns, Brian is keen to reassure people that the balalaika is an
instrument enjoyed in countries all over the world, including Ukraine. And, he says,
worries about associations with the war are unfounded.

“Our current members are aged from 10 up to people in their 70s, and we’re all from
Manchester,” he explains. “We play the balalaika because it’s a beautiful instrument
and quite unlike anything else. It’s a stringed instrument belonging to the lute family
and its sounds range from percussive strumming to gentle tremolo and vibrato.”

Kalinka Balalaika Orchestra’s next performance will be at Góbéfest, a free
weekend-long cultural festival in Manchester city centre celebrating all things Eastern
European, from music and dance to food and drink. The orchestra will perform on the main stage at Cathedral Gardens on Saturday 25 June, from 11am to noon. Six children aged between 10 and 15 will perform on the day, along with their teachers and some of the adults in the group.

“What makes this performance all the more special is that it’s the first time the
players have been able to share their music for well over two years,” says Brian.
“They’re all very enthusiastic, and we would love people to come and support them.
We want people to see just how evocative and unique this beautiful instrument is,
and separate the country from the music.”

Brian fell in love with the balalaika over 60 years ago while studying Russian at
university. During his career as a music teacher, he’s formed and taught many
groups, and says the instrument is perfect for children or beginners of all ages.

“Beginners can quickly produce satisfying sounds out of the balalaika because of its
simplicity,” he says. “Not too long ago there were balalaika lessons in 10-12 schools
around Greater Manchester every week. Now there are only two schools who still
want the lessons. Unfortunately, people simply don’t want to learn this beautiful
instrument because of its connections with Russia.

“Our players used to benefit from links with teachers and fellow performers in St
Petersburg, Manchester’s twin Russian city, and we visited several times,” Brian
continues. “Obviously we haven’t been able to do that for a while, but we’re currently
developing links with a music school in Kharkiv in Ukraine.

“As an orchestra, we abhor the invasion of Ukraine. We support the people of
Ukraine, and those courageous Russians who dare to voice their opposition to the
war and risk a long prison sentence. We want to share the spirit of solidarity the best
way we can – through our music.”

at Góbéfest on Saturday 25 June, from 11am to noon. The free, family friendly festival runs from 11am-11pm Friday 24-Sunday 26 June. There is a second stage in Exchange Square.
To find out more about the group, find them on Facebook as Kalinka Balalaika Orchestra or email kalinka84@live.com 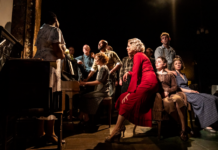