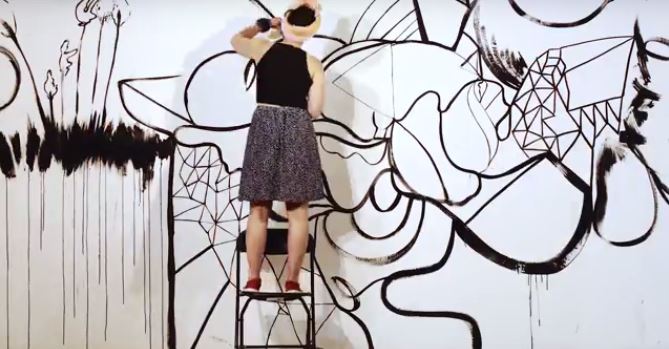 In an exceptional year for Manchester International Festival, with audiences of over 300,000 and an economic impact of over £40 million, MIF ran their first ever Creative50 programme, inviting local artists, makers and creative practitioners to respond to events, ideas and artists in the Festival programme.

Funded through Arts Council England’s Ambition for Excellence award and supported by Bruntwood, MIF invited 50 Manchester artists to respond to commissions in the Festival, sharing their work through digital platforms including BBC Live.

Alongside working with artists from China, Egypt, US and Berlin, MIF was keen to open-up new opportunities to engage with local artists. The Creative50 initiative offered a significant step for the Festival to expand its work with local artists, provide new skills development opportunities for the sector as well as positioning Manchester as a leader in the interplay between live and digital arts.

Artists from across Manchester, ranging from 18 to 53 years of age, were given digital training and mentorship over the three months leading up to the Festival. Using new digital tools and technologies to develop their practice the artists created collaborative and individual online responses to the world-cs held throughout the Festival.

The Creative50 website launches on Thursday 19 October at creative50.mif.co.uk with over 60 artistic creations. Highlights include:

Dark Matter Inside by Tasha Whittle and Dyllan Zain
Tasha Whittle painted a mural influenced by the sound and atmosphere of Clark’s Dark Matter performance at MIF whilst wearing a device that responded to her movement creating sound. Whittle then created a musical composition with the output, which was used by Dyllan to project map visuals onto Tasha’s original mural.

FatherLine by Jack Hardiker and Craig De Gozdawa
An interactive telephone line where participants can listen to and add stories about fatherhood. A living library offering anonymity across a common technology, the project captures an intimacy and frankness that is sometimes denied in traditional interview forms. The project includes an early 2000s-style website https://www.fatherline.com/, furthering the digital narrative of FatherLine.

Andrew Magee began documenting the gestures in St Ann’s Square, a space transformed between May and July by people leaving flowers, toys, candles and messages of love chalked onto the stones, in small hand drawn vignettes. The film comprises over 200 individual hand drawn monotypes, each drawn and printed by hand and then animated digitally. The music, by Vitalija Glovackyte, was created using an electric guitar and the amplified sounds of paper and pencil.