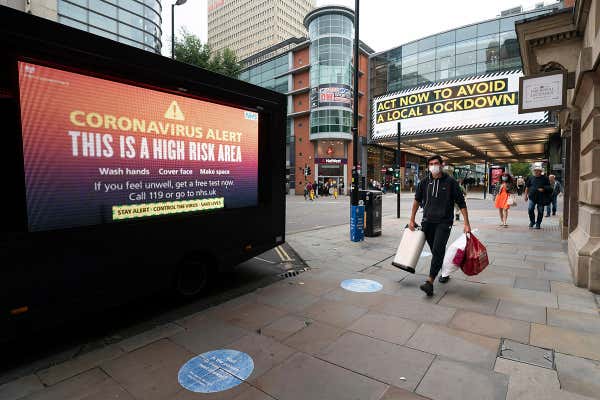 Other areas recording sharp increases include Newcastle upon Tyne, Nottingham, Leeds and Sheffield

Salford,Bury,Rochdale,Oldham and Bolton all remain above the 200 cases per 100,000 mark.

Meanwhile The Government was this morning unable to say how many contacts of people infected with coronavirus have not been asked to self-isolate,

Prime Minister said: “What happened here was that some of the data got truncated and it was lost.
“But what they have done now is not only contacted all the people who were identified as having the disease – that was done in the first place – but they are now working through all the contacts as well.

“The key thing, I would say, and it goes for everybody, is that if you are contacted by NHS Test and Trace then you must self-isolate, if you are told you have been in contact with somebody who has the virus.

The Barlow boys are back in town in Coronation Street