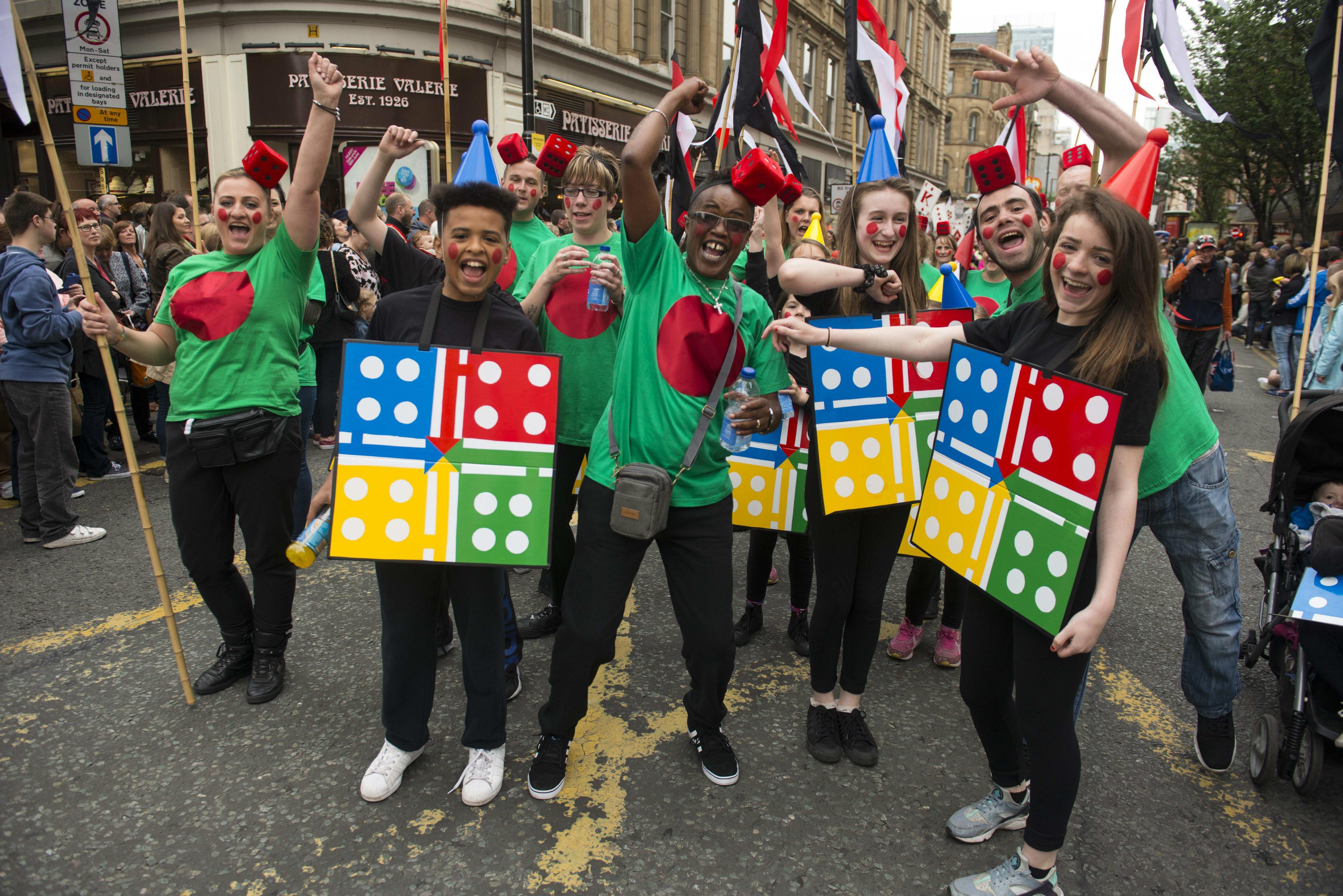 Manchester Day will pay tribute to those who lost their lives in the arena, their families, and those who were injured, when it returns on Sunday 18 June.

The special tribute will be an additional element at the front of the parade and will also honour the heroic efforts of the emergency services who worked tirelessly in the hours and days after the attack.

Lord Mayor of Manchester, Cllr Eddy Newman, and Greater Manchester Mayor, Andy Burnham, will join Chair of Manchester Day, Cllr Pat Karney, marching in the parade ahead of the incredible artworks that make Manchester Day the spectacle of the summer, with this year’s theme: Abracadabra.

Now in its eighth year, Manchester Day is the event that best encapsulates the city’s pride, diversity, community spirit, strength and solidarity – a proud celebration of Manchester people and their shared history.

Once again, community groups from across the city will come together in just a few weeks’ time and 2,000 people will parade through the city centre to proudly celebrate the city’s diversity together, regardless of background, belief or religion – in Manchester we are one.

Cllr Pat Karney, Chair of Manchester Day, said: “Manchester Day will show the city’s resilience and collective spirt where people come together to celebrate a shared love for our city.

“Our thoughts remain with the families of those who lost their lives last week – as well as those who were injured – and we believe it is important that Manchester Day pays tribute.

“We know thousands of people will come out to on Sunday 18 June and we look forward to seeing you for an incredible day of celebration.”

Andy Burnham, Mayor of Greater Manchester, said: “It’s right and fitting that Manchester Day is devoted to those who lost their lives and those that continue to live with the aftermath of last week’s attack.

“It will also give us all an opportunity to pay tribute to our heroic public servants and celebrate the incredible Manchester spirit that has sustained us all through these dark days.”

Liz Pugh, Co-founder of Walk the Plank and Executive Producer of Manchester Day, said: “Manchester Day celebrates the achievements of this amazing city and its people in an exuberant act of civic engagement, and provides a unique opportunity for less visible community groups to be seen and heard.”