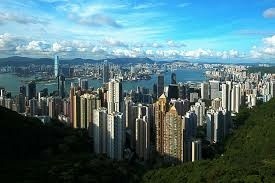 The first direct, non-stop scheduled flights to China from a British airport outside London will start this year from Manchester airport.

Cathay Pacific Airways announced it would fly four times a week between Manchester and Hong Kong and represents a welcome development for Manchester and the North -West.

The announcement will represent a coup for the city which has been aiming to strengthen its ties with China and the Far East and for the Airport which is striving to be the hub of the North.

It is expected that further long haul routes will be added next year with flights to mainland China and scheduled flights to New York amongst those thought to be in the pipeline.

“We are committed to forging stronger links between the UK and China. We already currently operate five flights a day from London Heathrow to Hong Kong and the addition of the Manchester route provides a real opportunity to help stimulate economic growth in the North West. We continue to see an ever-increasing demand for air travel to and from the Asia Pacific region for both business and leisure traffic,” said Angus Barclay, general manager Europe at Cathay Pacific.

Faster charging lithium batteries could be on the way