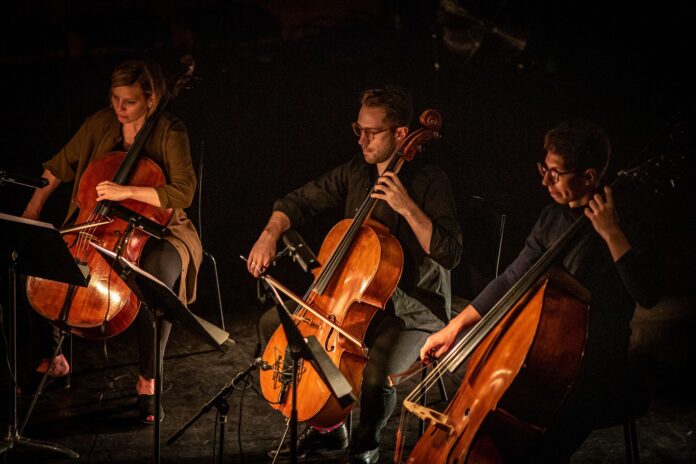 Manchester Collective have opened applications for their first ever Winter Residency, open to string musicians at any stage of their career based in the North of England.

Up to twelve musicians will be awarded fully funded places to take part in a ten-day immersive residency held from 19-29 January 2022 in Rhosygilwen, a country house in rural Wales.

Participants will work alongside a set of musicians, workshop leaders and mentors, in a curriculum that will focus on developing skills Manchester Collective value the most: flexibility, freedom, collaboration and musicianship.

Areas to be covered as part of the residency include choral singing, vocal training, rhythm and percussion work, performance of traditional Celtic music, and improvisation in performance, as well as extra-musical training including public speaking, movement workshops and yoga sessions.

Participants will also have the opportunity to present and share work to an invited audience of industry colleagues and partners from orchestras, ensembles, venues and conservatoires. Following its conclusion, the ensemble will offer three participants a Manchester Collective fellowship position for the duration of 2022.

Applications for the Winter Residency are now open to string players, who are currently living in or whose practice is connected to the North of England, and are over the age of 18. The deadline to apply is 11:59pm on Sunday 14 November 2021. Further details on how to apply can be found at manchestercollective.co.uk/residency.

Known for their experimental programming and daring collaborations, the work of Manchester Collective has expanded at breakneck speed since their formation in 2016 by co-founders Adam Szabo (Chief Executive) and Rakhi Singh (Music Director). They now play in concert halls, club spaces and warehouses in cities across Europe and the UK, performing a combination of cutting-edge contemporary music, classical masterpieces, and staged work to a hungry, new audience.

For further details on the Collective’s upcoming events, visit manchestercollective.co.uk.