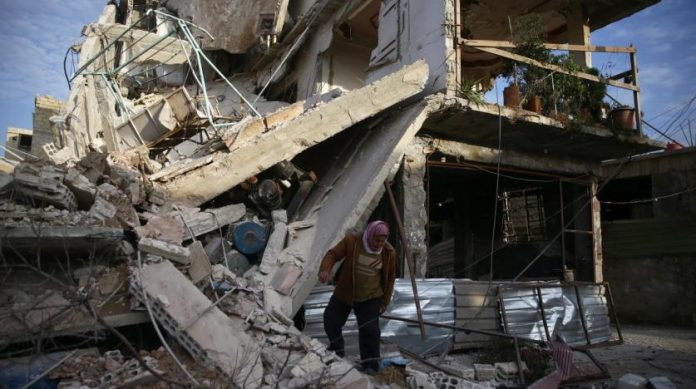 Human Appeal, a Greater Manchester-based humanitarian aid charity, have called the current siege in Easter Ghouta “worse than Aleppo” – the bloody siege which captured headlines during the final bombardment in late 2016.

Nearly 400 people have been killed in Eastern Ghouta over the past 4 days and 800 injured due to heavy bombardment.

Human Appeal have highlighted the heavy civilian cost being paid and called on all fighting to cease and special protection for civilian and medical buildings.

“Civilians are dying as we speak. Men and women, young and old; all people who thought they were safe in their homes are dying there. There needs to be an immediate ceasefire in order for innocent people to get to safety. It is a massacre there. At the time of writing 346 have been confirmed dead and over 800 injured. It is just mass slaughter on the ground and the casualties are overwhelmingly civilian.

“We must stress that medical facilities receive special protection in conflict, as they should be under international law. Unfortunately, as we have seen in Aleppo and other sieges within this conflict, healthcare centres are being hit, damaged and destroyed. We call on all military actors to take the necessary measures to protect medical units and to ensure that military objectives are not near them.

“There has been talk throughout the conflict of ‘red lines’ when alleged crimes against humanity have been committed, however there has been no action on these ‘red lines.’ The international community must intervene to end the ongoing violations and activate all of the United Nations Security Council resolutions and international agreement on mass destructive weapons.

“The city has been under siege for the last four years – longer than even the Siege of Leningrad, the deadliest siege in human history – and it is difficult to get aid into the city. We are able to get hot food, bread and firewood to people, however there are big gaps in the needs of people in Eastern Ghouta, especially when it comes to accessing to safe drinking water and water for hygiene. The siege has severely affected water infrastructure. There is a state of hyperinflation within the besieged area, a price of bread costs around $0.50 outside of Eastern Ghouta, inside its $10. Fuel too is 5x or 10x the price outside of the conflict area.

“The siege is worse than the one in Aleppo which escalted in late 2016, with Aleppo, amongst the slaughter, there was a small but risky channel for people to leave the city and to try and flee to the relative safety in Idlib. However, this is not the case in Eastern Ghouta – they are completely surrounded and cut off from safety.  The people have nowhere to go. People are being besieged to death.”