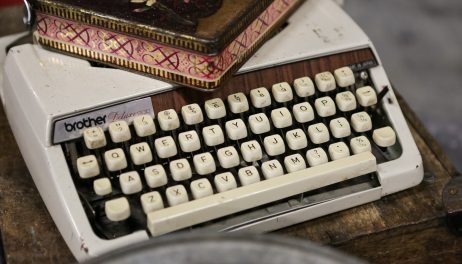 For the tenth anniversary year, the company is also commissioning three playwrights to write brand new plays to be developed through their New Tricks programme: David Judge (whose debut play Skipping Rope, written on our PlayBox attachment, was a finalist for the Alfred Fagon Award 2015), Siân Owen (whose play This Land recently toured nationally with Pentabus) and Daniel Kanaber (whose play Shiver performed at Watford Playhouse). New plays will be developed with local partner venues The Lowry, the Unity Theatre in Liverpool and Oldham Coliseum.

And finally, Box of Tricks reignites their PlayBox writer-on-attachment residencies supporting Manchester and North West writers. Box of Tricks are currently identifying three early-career playwrights who will join the company on a bespoke nine-month attachment to write a new full-length piece.

Adam Quayle and Hannah Tyrrell-Pinder, Joint Artistic Directors for the Company: “After our wonderful 10th Birthday Party last month, we’re so excited to unveil our anniversary season. We’re looking forward to taking recent successes to new audiences and beginning whole new creative journeys with new New Tricks playwrights. As with any milestone, it’s a time to celebrate and we hope you’ll join the party this year as we embark upon our tenth anniversary season…”