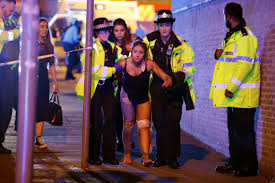 A report in the Daily Telegraph this morning says that victims of the Manchester Arena bombing will launch multi-million pound lawsuits against the venue’s owners and security company in the wake of a damning inquiry report which will be published this week.

According to the report, British Transport Police, which had responsibility for policing, SMG Europe, which owns the arena, and Showsec, the security company hired by SMG Europe, have all received official, detailed letters from the inquiry’s chairman Sir John Saunders informing them of the devastating  criticism they face. It is understood Greater Manchester Police will also face criticism.

Twenty-two people were murdered when Salman Abedi detonated a suicide bomb in the foyer at the end of an Ariana Grande pop concert on May 22 2017, with hundreds more injured.

This week’s report is the first of three produced by the Manchester Arena Inquiry and will examine security arrangements at the venue on the night.

Part two, which is still hearing evidence, will examine the response of the emergency services, while the third volume will decide whether the attack could have been prevented.

One source close to the inquiry told The Telegraph: “This report will criticise SMG, Showsec and the police. It will pave the way for multi-million pound legal actions. The actions will  be levelled against SMG primarily because ultimately they were the ones legally responsible for protecting the audience.”