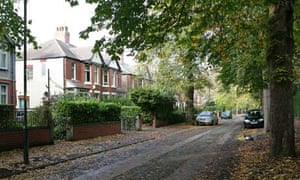 A man was attacked during a burglary in Didsbury, Manchester.

Two men burgled a property on Merton Road when the 60s returned home and found two men inside his home address. When he confronted the burglars, he was assaulted with a weapon.

The man was taken to hospital with head injuries, but has since been discharged.

Detective Sergeant Anna Rickards, of GMP’s City of Manchester division, said: “Everyone is entitled to feel safe in their own home – so to attack a homeowner in this way, ransack their house and steal their property, is truly dreadful.

“What makes the incident even worse is the arrogance of the offenders, who attacked in the middle of the day. Clearly, they have no thought for others and need to be caught as soon as possible.

“If anyone has any information, I would implore them to get in touch with us as soon as possible so we can take a dangerous pair of offenders off our streets.”