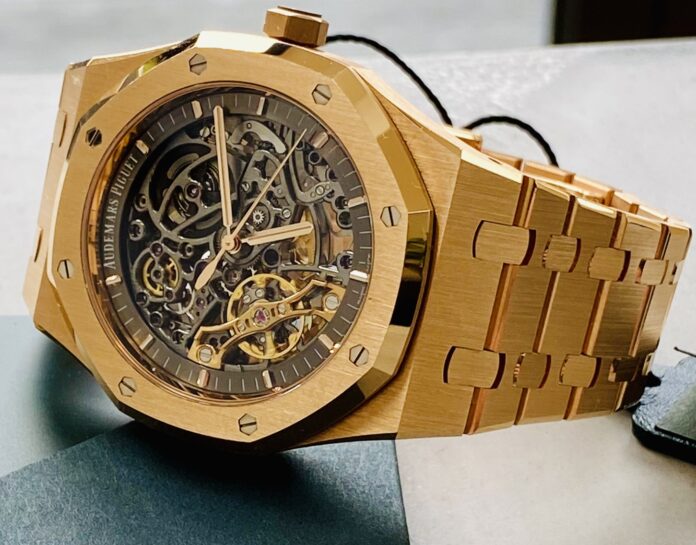 A man in his forties was  threatened  on Hale Road with a socket wrench and demanded he hand over his watch – an Audemars Piguet rose gold skeleton watch valued at around £98,000.

The victim was not injured but left understandably shaken by the robbery.The offenders fled in a vehicle, thought to be a Black Audi A3, possibly an S Line model.

One man who got out of the driver’s side of the vehicle is described as white, more than 6ft tall, of slim build with a grey hooded top with the hood pulled up and strings pulled tight to his face. The top had a logo on the left chest. This man was carrying the socket wrench.

The second man is described  as shorter in height, of stocky build and was wearing a light-coloured hooded top. He spoke with a local accent that is described as sounding ‘young’.

Detective Sergeant John Seaton of GMP’s Trafford District said: “Thankfully the man was not injured during this robbery.

“We are determined to find these offenders and recover his property.We’d urge anyone who recognises the description of those involved, was in the area at the time or has any information to contact police immediately.I’d also ask the public to get in touch if they become aware of anyone attempting to sell the watch pictured.”

Teenager in hospital with serious injuries after Rochdale stabbing