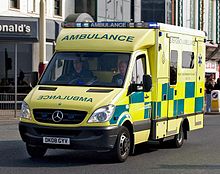 A 36 year old man who police  believe was assaulted in Monton on Tuesday has died.

The man was found at a property on Parrin Lane in Monton with significant head injuries.

He was immediately taken to hospital.

Two men were originally arrested on suspicion of assault and have been bailed pending further enquiries.

Detectives investigating now believe the man may have been assaulted around Parrin Lane sometime between 12am and 10.30am on Tuesday.

Detective Inspector Martin Ashurst, from GMP’s Salford borough, said: “We have made two arrests but I want to stress that our investigation does not stop because of this.

“We are still carrying out extensive forensic work and a post-mortem will be undertaken in the next few days.

“As part our enquiries we are really keen to hear from anyone who saw or heard anything suspicion in the Parrin Lane area.

“At the time you might not have thought anything of it but even the tiniest piece of information could really help this investigation and ultimately provide the answers to this man’s family.

“Specially trained officers continue to offer their support during this devastating time for all those who knew and cared for this man.”

Police release CCTV of man they want to speak to over attempted rape in...