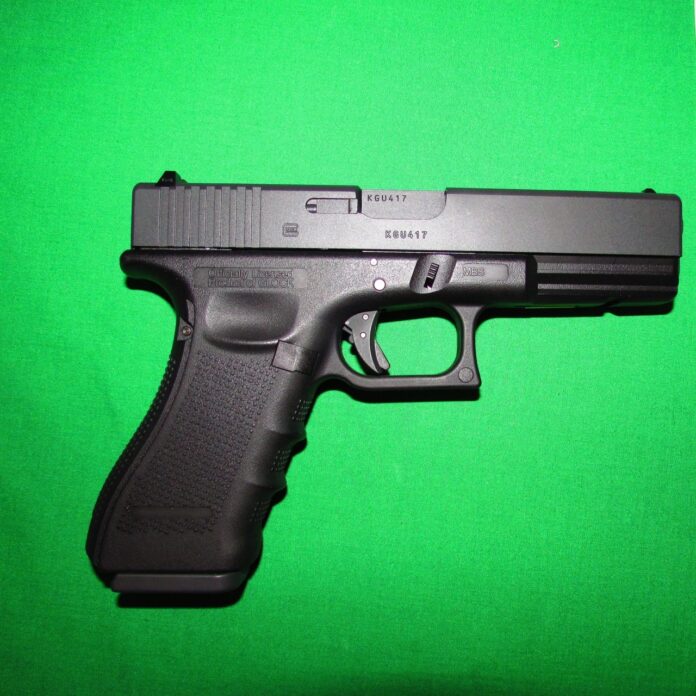 Police were patrolling close to Moss Bank Way when they heard a loud bang which sounded like a firearm discharging.

A man was soon seen running away from the scene towards Vernon Street carrying a black bin liner.

Officers pursued the man who tried to get in a black Ford Focus car parked on Vernon Street, but the car made off on police arrival and the man continued to run away.

After a chase from Vernon Street to Wembury Street, a 23-year-old man was detained by officers and arrested on suspicion of firearms offences.

A black bin bag was located on Whiteway Street and inside was found to be a firearm, suspected of being a Glock 17-style weapon.

A Ford Focus matching the description of the vehicle that made off from police was recovered on Norbert Walk.

Enquiries have since established a firearm was discharged.

No injuries have been reported but there was damage to a property.

Detectives believe the incident was targeted but it is unknown at this stage what it is linked to.

An investigation is ongoing and anyone with further information is asked to contact police.

Chief Inspector Danny O’Neil, of GMP’s City of Manchester North Division, said: “This incident exemplifies the bravery of our officers putting themselves potentially in harms way to protect the wider public.

“Incidents like this always cause understandbale concern for communities and I hope the public feel reassured that police are committed to doing what they can to take swift and selfless action in order to tackle such violence on our streets.

“Our investigation is continuing and we ask that anyone with information contacts us with even the slightest information so that we can catch all those responsible for this incident.”

Police have released a CCTV image of a man they would like to speak...