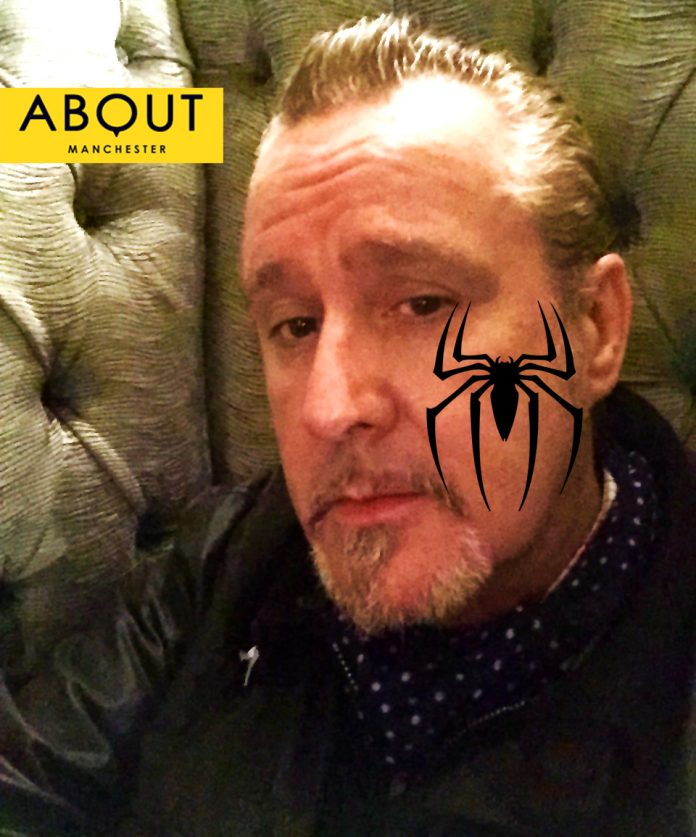 So here we are… Second week of my column.

I know it may sound a cliche but I remember summer being as The Style Council and Mr Weller put it so well in their classic 80’s song, ‘Long and hot’.

As I wandered through town today on the way to meet my new accountant it was somewhat appropriately wet and grey.

What do you who have children do with them in this grim, muggy, dampness?

Don’t look to me for ideas … It’s not my area of expertise, I’m afraid! I have never had the joy of my own a little bundle, I never did recreate my DNA in human form.

So, I now tend to entertain them from about 18 onward!

Saying that, some of the adults I deal with in my daily life as a bar owner, behave worse than children at times! So maybe I could help with advice on errant behaviour, although hiring a team of doormen to deal with your bored, misbehaving and arguing kids may be a bit over the top!

You can’t really ban them from your house for all eternity either… I’m sure it would be good for some of you if you could though!

When I was a kid we didn’t really have problems finding things to do.

To be honest finding the corpse of a dead animal could provide at least two days worth of entertainment on its own! Then building dens out of old corrugated iron sheets and pieces of tree would have us occupied for another few days.

Saying that, never bring the aforementioned corpse of said dead animal into your newly built den and leave it there overnight.

Your newly built den will soon be pretty much uninhabitable.

Also, one of my biggest and greatest loves back then, comics, took a huge chunk of my time up as a child.

It started simply with the Beano and Dandy, then Whizzer & Chips. From these, I then discovered American comics, my life took an amazing and super-charged change for the better.

Marvel comics were a revelation for me.

The colour, the artwork, the writing, the amazing America they showed me was literally another planet for a five year old boy Locke.

Stan Lee, Jack Kirby, Steve Ditko, John Buscema may not mean a lot to many of you, but to me, these men were gods and geniuses worthy of Shakespeare and Michelangelo.

I would disappear into their print-based, technicolor, exciting, frightening, super-being filled Marvel Universe at every opportunity and stay their for literally days at a time!

One summer, I think it was 1975, I didn’t leave the house for about four weeks when I got hold of a load of second hand American comics via my always loved (because of this stash of printed gold), Aunty Marion from Worksop.

I literally stayed in and read thousands of comics. Some were DC comics… The home of Batman, Superman and Wonderwoman.

DC was not my favourite universe. That was, and still is, the ultimately superior Marvel Universe.

I would still devour DC comics too, if no Marvel were available.

I was a lot like a fat kid in a cake shop…unstoppable! To be fair, I was a pretty fat kid around then anyways and the reading of all these comics stopped me going to the cake or sweet shop!

Spider-Man was always, and still is, my favourite character – period.

He was the sublime creation of the brilliant minds of Stan ‘The Man’ Lee and artist extraordinary Steve Ditko.

As surely everyone in the world knows by now, Peter Parker the ultimate skinny, geeky wimp science student, was bitten at a science fair by an radioactive spider and then gained the powers and proportionate strength of a spider.

His story was compelling to any geeky, wimpy kid on the edge of being a teenager as I was. 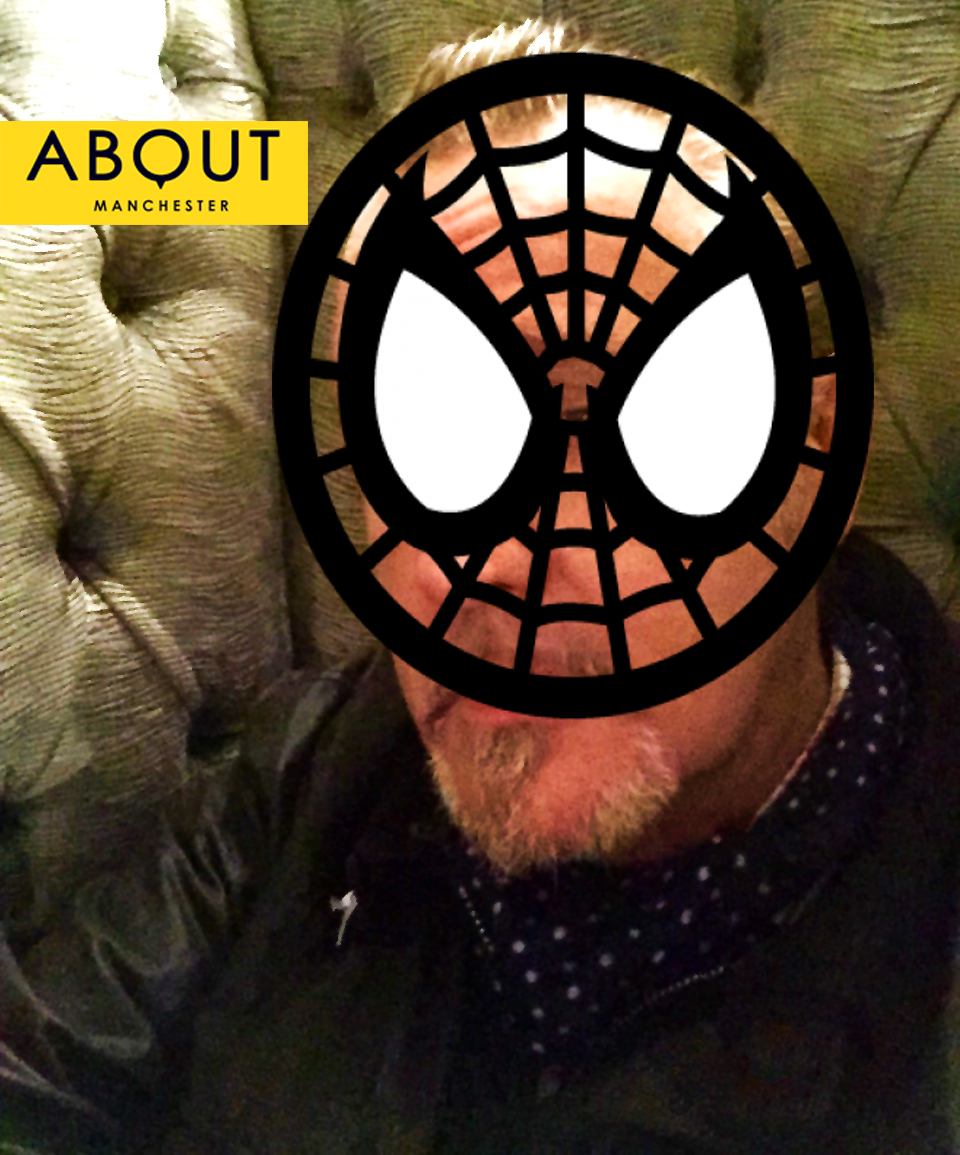 I loved everything about Spider-Man… I also loved the Hulk, the Fantastic Four, Iron Man, Thor and Captain America.

The writing was exciting, the artwork was exquisite and evocative of an America I had yet to visit … The thing I loved most of all when I first visited New York was the fact the huge, cylindrical wooden water tanks that Spidey would routinely perch upon, or pour over any super villain he fought, were everywhere! Made my trip, that did!

Comics taught me about writing, showed me an early type of film language in their frames, helped me to appreciate the joy and beauty a simple thing like ‘weight of line’ could be so wonderful in a well-drawn frame.

I adored comics and still do.

So much so, I almost passed out when I heard Marvel where going to be filming Captain America in the very Northern Quarter of Manchester (where I live) a few years ago.

The excitement I felt was almost as powerful within me as it was when my Aunty delivered that original precious stash of printed, comic book heaven to my spotty 13 year old self.

I must have hung about and watched the set and the actors and actresses, the cars and the sets like the paparazzi preying on Prince Harry during the filming!

The day I heard they had an extra dressed as Captain America on set and I was in Chester on business, I almost cried because I missed it.

Anyways… As it happened, I had just sold my shares in the bar I had opened a couple of years before (the loved by me, still missed and I regret I ever sold it ‘The Northern’) and we were having a big staff night out in town.

I had drunk enough zombies that night courtesy of Lindon at Keko Moku to turn me into one, all the rum and sugar got me to thinking – I should go walk through the set of this soon to be Hollywood blockbuster and live my fantasy of being in a Marvel comic out in the real world.

I said my mumbled and slightly drunken, goodbyes to the wonderful team from my always beloved Northern, and then made my zig zagging way with a rabid if somewhat stumbling, purposefulness toward the set.

I got to the side of the massive green screen they had built to display the skyline of Manhattan from Hell’s Kitchen in the film.

I spotted a section of fence I could clamber over even in my inebriated state and like a tubby, fumbling Spider-Man, I hopped and fell over the top of it.

Boom! I was there!

I was in the set of Captain America, the first Avenger!

I was literally over the moon, in heaven, drunk as a lord and laughing like a loon.

Suddenly I heard a voice that broke my dreamlike moment ‘Oi bollocks! What do you think you are up to?… This is a closed lot!’

I span around to face my nemesis.

Expecting to see a New York Cop, I instead clapped eyes on a portly Show Sec security guard staring at me like a I was a drunken idiot, who had clambered over the fence and was laughing like a loon at nothing in particular, pointing at cars and posters and giggling even more.

He was 100% on the money. I was of course all of these things, and, in particular, drunk.

I was also though, at that moment, transported back into the pages of my favourite comics like Morton from A Ha was in the ‘Take on me’ video… So I didn’t care whether he realised or not.

I smiled at the security guard and said out loud ‘It’s alright, my man! I am a member of FOOM!’

He looked at me as if I was an out of his mind, middle aged drunk, spouting nonsense… which of course, as we know, I was.

I gesticulated with my hands about myself, in a flourish of grandeur ‘I am my man, a member of the illustrious ‘Friends of ol’ Marvel!’ as I have drawn, and won competitions drawing for Marvel Comics and also may I say, had a letter printed!’

He looked at me nonplussed and unimpressed by my statement of authority from Stan Lee himself, and replied, ‘I don’t give a monkeys mate, you are on the set and need to get out… now!’

I looked at him blinking, ‘Okay’ I said, ‘I’m going … Do you know what though?’ I slurred at him, ‘I’ve just been stood in a Marvel Comic!… A bloody Marvel comic!’

I didn’t care… I’d just been in 1930’s America on the set of Captain America.

The young me and the old me then walked home hand in hand through the NQ, under the stars and the moonlight as drawn by Steve Ditko and written by Stan Lee.

So give your kids some comics if it’s raining, and set their imaginations free!

But maybe skip the zombies x

Lockie: My journey to modernity