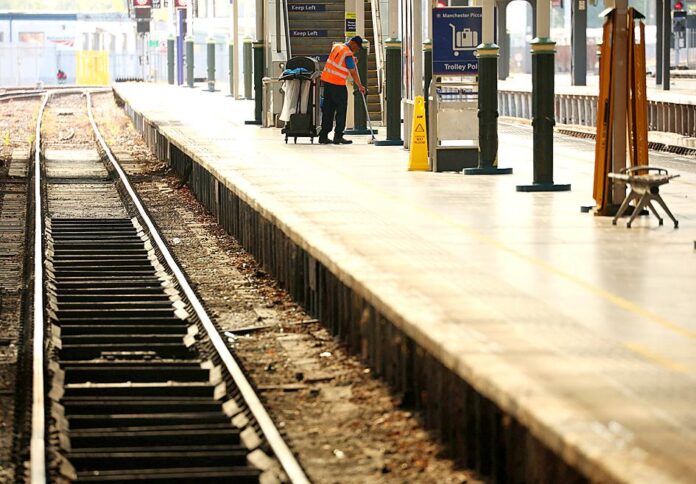 RMT strike action to go ahead on Thursday after talks breakdown without agreement.

Commenting on today’s talks, Mick Lynch RMT general secretary said: “Grant Shapps has wrecked these negotiations by not allowing Network Rail to withdraw their letter threatening redundancy for 2,900 of our members.

“Until the government unshackle Network Rail and the train operating companies, it is not going to be possible for a negotiated settlement to be agreed.

“We will continue with our industrial campaign until we get a negotiated settlement that delivers job security and a pay rise for our members that deals with the escalating cost of living crisis.”

Meanwhile a majority of UK adults (58%) say that the rail strikes planned for this week are justified, according to a new poll from Savanta ComRes.

The industrial action, which started yesterday m and is scheduled to cause services not to run for much of this week, is not seen as justified by a third (34%) of the public.

Similarly, the poll finds that six in ten (60%) say that they are generally supportive of the principle of industrial action, while just 35% are generally opposed.

Given negotiations to avoid the strikes appeared to collapse at the last minute, with both sides blaming the other for not coming to the table, perceptions on who is to blame for the strike are mixed.

Two thirds (66%) say that the government has not done enough to avoid the strikes, while 61% say the same of Grant Shapps, Secretary of State for Transport, and 57% of Network Rail.

However, half (49%) say the same of the RMT which, although a smaller proportion than the government, shows that the union is not blameless in the eyes of the public.

Conversely, three in ten (29%) say that the RMT did do enough to avoid the strikes, compared to two in ten (20%) who say the same for the government.

And seven in ten (70%) say that this strike going ahead makes others more likely this summer, while just one in five (19%) say it makes no difference.

“Much has been made of whether or not the public support these strikes, and our polling, that included an explanation of the dispute rather than an uninformed test of perceptions, shows a majority finding justification in the decision of rail workers to strike, along with general support for the principle of workers striking.”

“What will be interesting over the coming days is to what extent the public mood changes. Fieldwork here was conducted before the strike began; after a week of coverage of likely disruption, will the public be as sympathetic? And what impact will that have on those other unions threatening to ballot their members over a pay deal nowhere near in line with high inflation? These issues are just more things to give this government a headache as it heads towards a summer where the rising cost of living will have further negative consequences.”

Manchester City centre bollard improvements to be rolled out