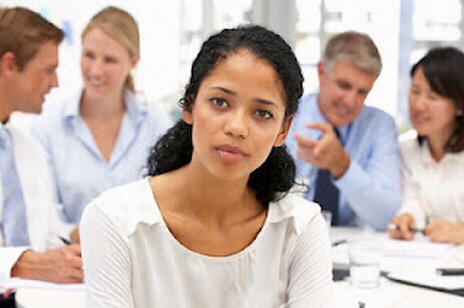 A hard-hitting new report commissioned by Business in the Community, using survey data collected by YouGov and examined by researchers at The University of Manchester, is calling for employers to take urgent action to identify and stamp out racist behaviour in the workplace.
The report, which builds on the 2015 Race at Work survey, investigated accounts from 24,457 workers of racist harassment or bullying at work, and how their employers promote equality, diversity and fairness.

Dr Stephen Ashe and Professor James Nazroo from The University of Manchester reviewed thousands of comments, and their findings have highlighted that ethnic minority workers are frequently subjected to racism by their colleagues, managers, customers, clients and service users, which can also have a severe impact on their emotional and psychological wellbeing. Racism was also reported to have a negative impact on their careers in terms of recruitment and reducing opportunities for additional training and promotion.

The report’s authors are calling for employers across all sectors to deliver an unequivocal zero-tolerance approach to racism in both policy and practice. The report also calls on government to deliver ring-fenced funding to support the Equality and Human Rights Commission (EHRC) and scrap financial legal costs for employees seeking to challenge racism through employment tribunals.

“I defy anyone not to be saddened and shocked by the University of Manchester’s findings. The UK needs to sit up, listen and take action,” said Sandra Kerr OBE, Race Equality Director at Business in the Community.

She goes on to say: “On many occasions, I have had individuals contact me asking what they should do about racial harassment they are experiencing at work as they have no access to robust support at work, or externally. I support the recommendation that the EHRC should receive ‘ring-fenced’ funding to enable it to address this issue so that individuals are not left isolated and unable to speak out. If we are to stamp out racial bullying and harassment, a clear mechanism of support must be in place for individuals.”

“The 2015 Race at Work further reinforces the need for employers to take immediate action against the entrenched nature of racism and racial inequality” said Stephen Ashe, Research Associate, Centre on Dynamics of Ethnicity, University of Manchester. “It is also worth noting that it is almost 50 years since the Race Relations Act was amended to outlaw racial discrimination in employment. Once again we are asking a question that has been asked many times before: Does the current government have the political will to ensure that employers comply with existing legislation and equality duties, and to apply heavy sanctions against employers in cases of non-compliance?”