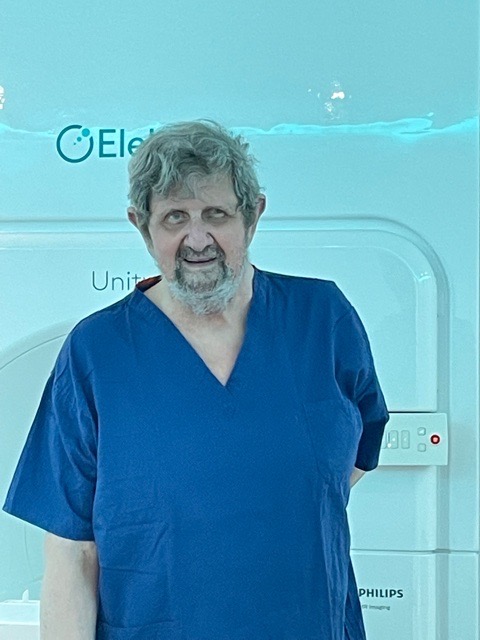 A grandfather of three has become the UK’s first lung cancer patient to benefit from a state-of-art radiotherapy treatment at The Christie NHS Foundation Trust.

Despite the COVID-19 pandemic Barry was quickly referred to The Christie in Manchester for treatment. He then received four weeks of radiotherapy to treat his lung cancer using the pioneering Elekta MR-linac machine.

The father of two, who lives with his wife Pam in Sandbach, had only retired aged 79 before the effects of the pandemic hit and he was then diagnosed with lung cancer.

Barry, who worked as a social worker before then working for another 17 years at Marks and Spencer until New Year’s Eve 2019. said: “There is a lot of negativity toward lung cancer but I have to say it is a privilege to be able to be treated at The Christie using such amazing treatment.

“It really lifts your spirits when you have such confidence in the people looking after you. And to be able to help science along the way is an even better feeling.

“The pandemic has been really hard and the added burden of lung cancer obviously affects you but I have been so lucky to be able to have such an amazing medical team looking after me.”

Barry, who is now looking forward to spending time with his grandchildren, added: “The care I received has been marvelous. It seems daft, but I actually looked forward to going in for my treatment. The staff are like friends and I felt so reassured that they were treating me.”