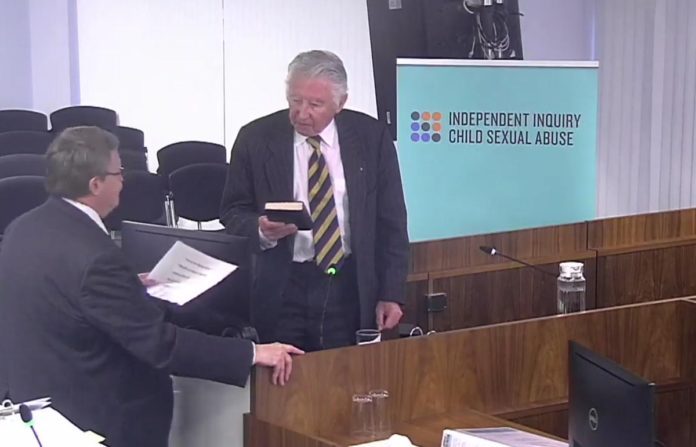 The former leader of the Liberals Lord David Steele has been disowned by the Liberal Democrat’s following his evidence to the Independent Inquiry into Child Sexual Abuse on Wednesday.

Under oath he told the inquiry that Cyril Smith, the Rochdale MP, confessed to him in 1979 that the child abuse allegations against him were true.

In a statement, the Liberal Democrats said: “Following the evidence concerning Cyril Smith given by Lord Steel to the Independent Inquiry into Child Sexual Abuse on 13th March 2019 the office bearers of the Scottish Liberal Democrats have met and agreed that an investigation is needed. The party membership of Lord Steel has been suspended pending the outcome of that investigation. That work will now commence.

“It is important that everyone in the party, and in wider society, understands the importance of vigilance and safeguarding to protect people from abuse, and that everyone has confidence in the seriousness with which we take it.

“We appreciate the difficult work that the Independent Inquiry into Child Sexual Abuse is doing on behalf of the victims and survivors of abuse, and the country as a whole.”